On 9 October 2012, CCF cheetah keepers Juliette Erdtsiek and Ryan Sucaet noticed that Bella, one of our female cheetahs, had a swollen face.  Initially thought to be a sting from an insect or bite from a snake, the situation worsened, as she was not feeding properly, favoring the right side of her mouth.  For close monitoring, Bella (along with Padme) were kept in holding pens to ensure the symptoms did not worsen.

Three days later, it was clear that Bella had a scratch, either from herself or Padme, that had ruptured into an abcess.  With the loss of pressure from the opening of the abcess, the swelling dramatically decreased, but the wound was more susceptible to infection now.  Luckily, on the day the rupture occurred, our veterinarian Amelia Zakiewicz had prescribed Bella antibiotic and pain killer medications. Further investigation of the open wound, indicated it was actually caused by a problematic tooth.

On 15 October 2012, Bella was anesthetized so that we could discover the true cause of the ruptured abscess. 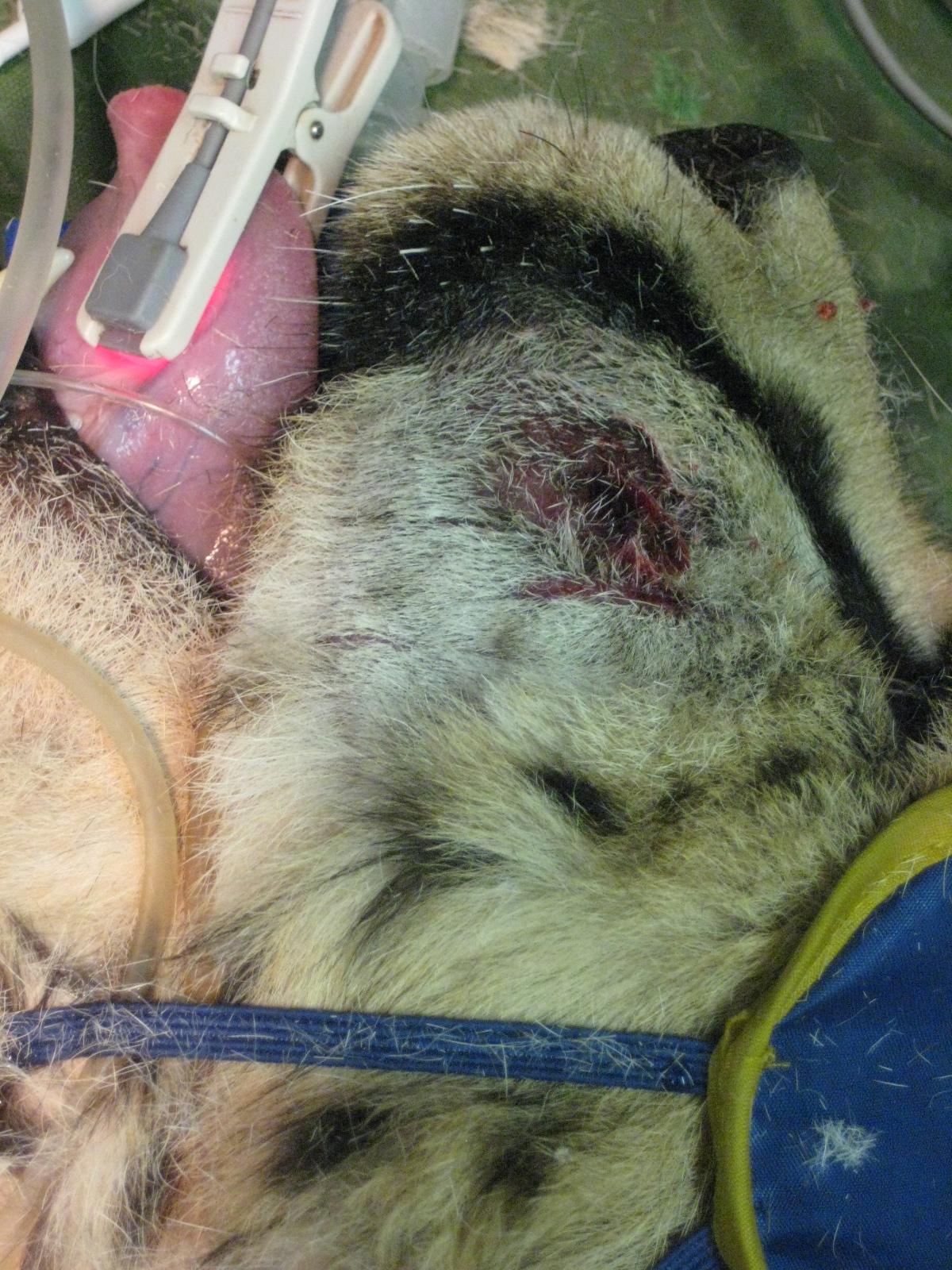 During Bella’s stable two-hour anesthesia, it was clear the problem was worse than anyone previously thought.  The four and a half year old cheetah had a severe tooth root abscess on her upper left carnassial.  Luckily,Otjiwarongo dentist, Dr. Dennis Profitt was enlisted to help with the procedures.  Bella received two root canals on her carnassial.  She then needed an incision on the inside of her mouth (just above her tooth) to clean out the root and save her carnassial.   Because of Bella’s young age, and because she had a high chance of being re-wilded, CCF found it to be imperative that Bella keep her tooth.  A cheetah's teeth are crucial for feeding, especially tearing meat apart.  She received five stitches on the inside of her mouth to close up the incision along with one more on the outside of her face to close the exterior wound. 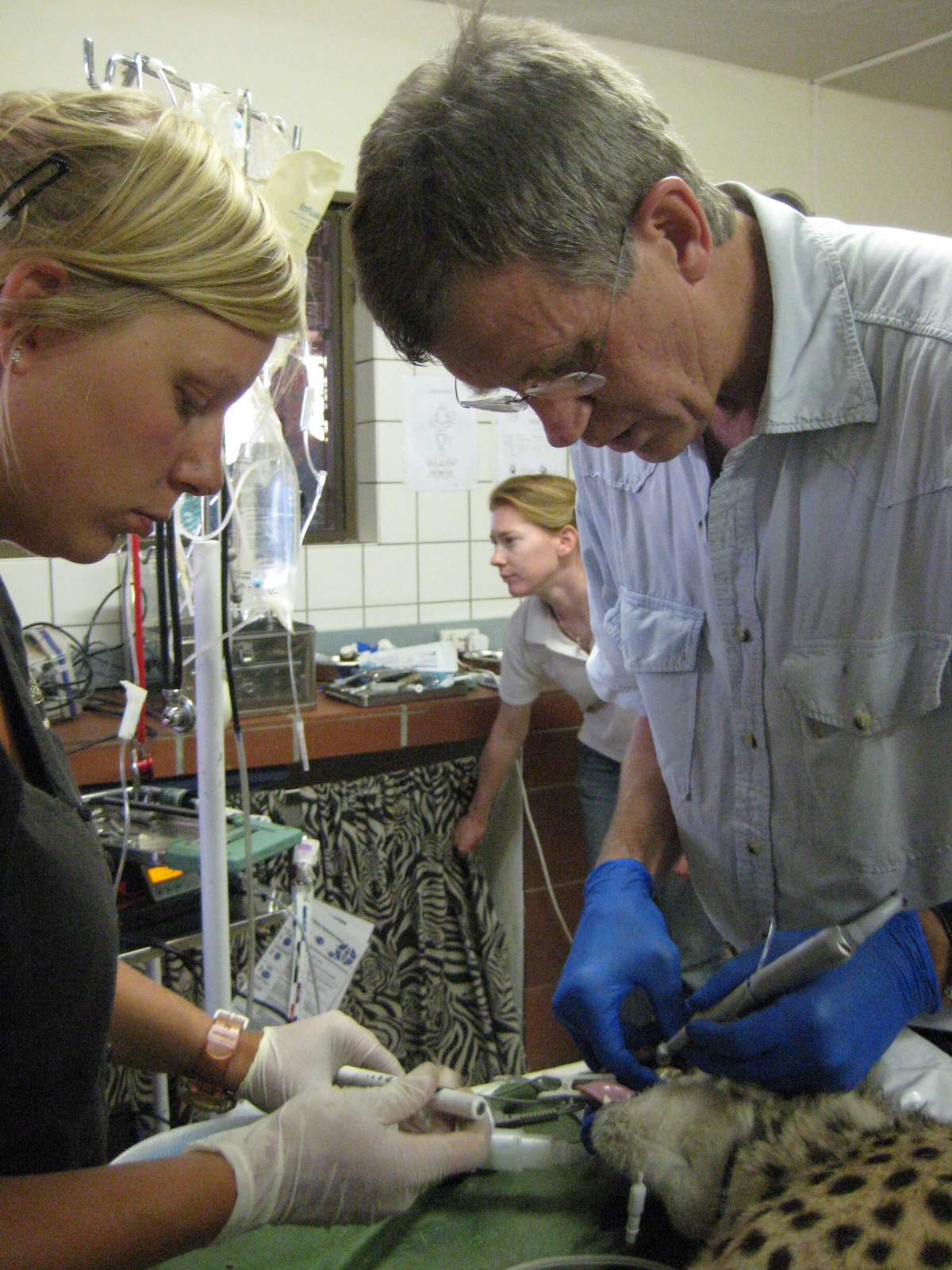 The following day, Bella recovered nicely from her anesthesia and there was almost no swelling to her face.  Her behavior was normal, hissing and slapping at people and her appetite was back to usual as she gorged herself on cut up pieces of meat.  Post-treatment medications include a series of painkillers and more antibiotics.  We are all hoping Bella has a healthy and quick recovery. 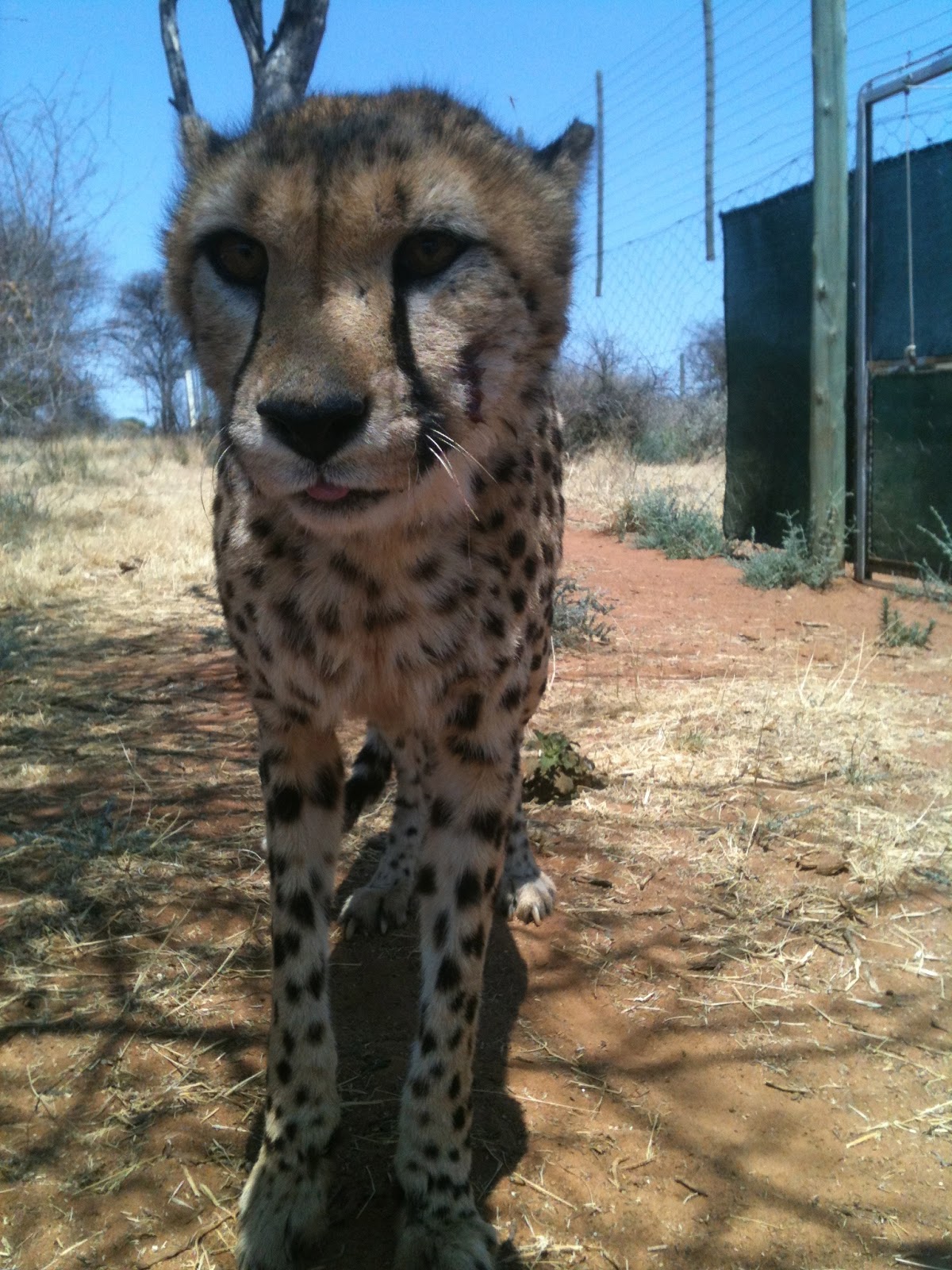