Gobabis to Otjiwarongo: The Translocation of Four Females On 7 November 2012, Cheetah Conservation Fund (CCF) staff was called to pick up five cheetahs that were caught inside traps set out by a farmer in the Gobabis region of Namibia (~ 6 hour drive from CCF headquarters).    Before the CCF team arrived, they were informed that one of the cheetahs, a young female, died under unknown circumstances.   The farmer led the team through a maze of gravel and dirt roads, and finally arrived to the site of the captured cheetahs.  A chicken coop, a water trough, a metal trap-cage and a group of four highly stressed female cheetahs were what we found.  After assessing the situation, we decided to capture the cheetahs into wooden boxes in order to transport them back to CCF. 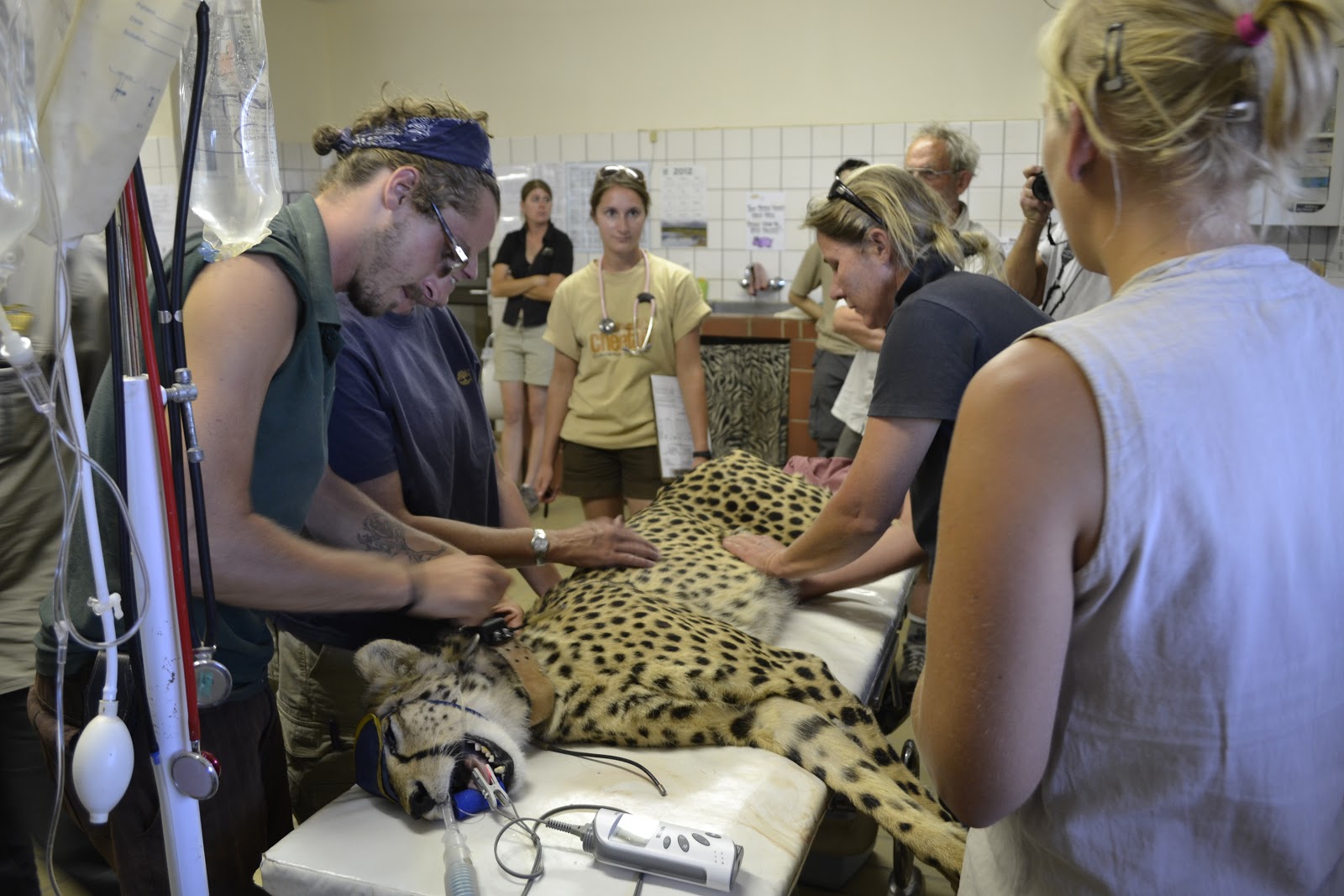 Considering the heat of the day and the stress level of the cheetahs, the team worked as quickly as possible, eventually moving all 4 cats, one at a time, into the trap cage and then to the the transfer crate.  The long journey home was not the end of the day.  Around 21:00, CCF staff were still working up two of the females.  One was an older female (3-5 years old)  and the other was an older cub (~18 months).  The two cats appeared to be in decent health.  The following day, the other two females were worked up.  One was a cub, which was in good health, the other was an adult female, whose condition was not as fortunate.  This female had old injuries on and in between her paws and pads.  Due to the degenerative state of her paws, Otjiwarongo veterinarian, Axel, assisted in the amputation of one of her toes, which had been severely broken.  After the procedure, the cheetah recovered normally in a safe, cemented quarantine pen, to prevent her from moving too much and possibly worsening the wounds on her feet. 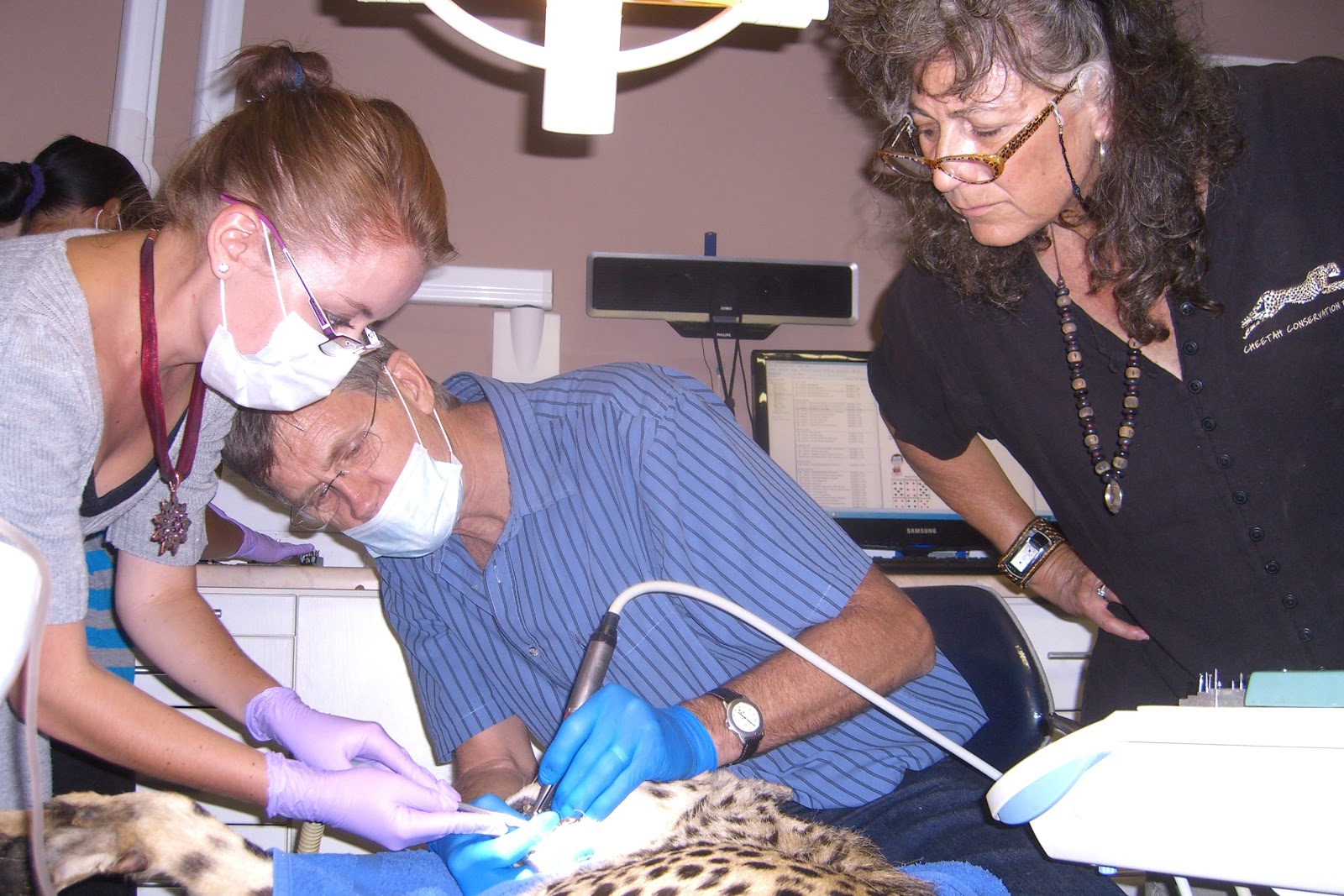 The amputee female, who was given the name “Toeless,” was scheduled on 15 November to go to the dentist to have two root canals performed on her canines as well as an incisor removal  She was taken to Otjiwarongo, and the procedures were carried out by human dentist and loyal friend, Dr. Profitt.  Under anaesthetic  the condition of her paws was assessed, and although they were getting much better, she still needed more time to heal.

Three weeks later, “Toeless” was anaesthetised gain, but this time Dr. Profitt came to CCF to perform another root canal.  Also during this time her pads were checked again and they were looking much better!  She was fitted with a satellite collar and the bonding process between her and her previous chicken coop mates began.  The four females were all in one pen the following day, and all went well.  “Toeless” seemed anxious to have a large pen that she could move around in, so she ran up and down the fence line, while the “Mom” and two cubs hid in the grasses and watched.  There was very little interaction between the females as a whole. 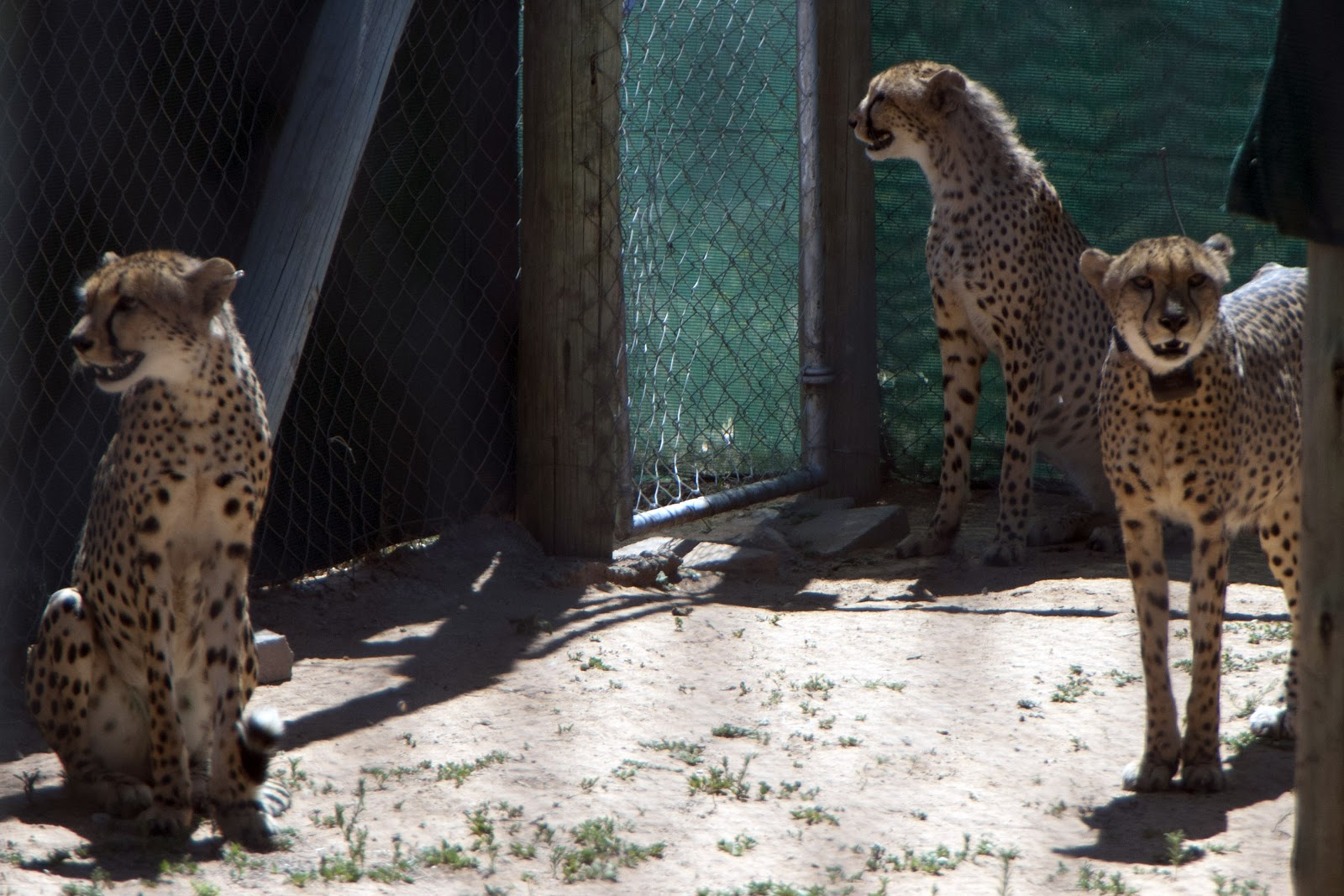 The next day, on 8 December 2012, CCF staff captured “Mom,” the other adult female, who may or may not be the mother of the two older, near independent cubs.  She was anesthetised and also placed with a GPS/VHF combination collar.  After a speedy recovery all four females were once again reunited.  We kept the foursome together for another week and tried to bond them by having them share several warthog carcasses.  The two adult females showed promising wild behaviours as they quickly opened up the carcass, which can be a very difficult feat for the inexperienced.  The two cubs were more hesitant and usually waited to feed after the carcass was already opened.

Finally, on 15 December, the four females were once again captured in transport crates and taken on a 45 minute drive to CCF’s soft-release camp, Bellebenno.  This 4,000ha (nearly 10,000 acre) game camp is filled with premium game for these cats to feed on.  Oryx, eland, kudu, red hartebeest, steenbok, duiker and warthog are all on the menu, and this time of the year is calving season.  We decided on this location as it would give the females the best chance at survival, especially if they all split up.

A warthog carcass was placed in the centre of the four crates that temporarily held the cheetahs.  The release was in place.  The crate doors were lifted and out ran the four females, in four separate directions, without even a glance at the free warthog.  The CCF team quickly departed as to not interfere anymore with their behaviour. 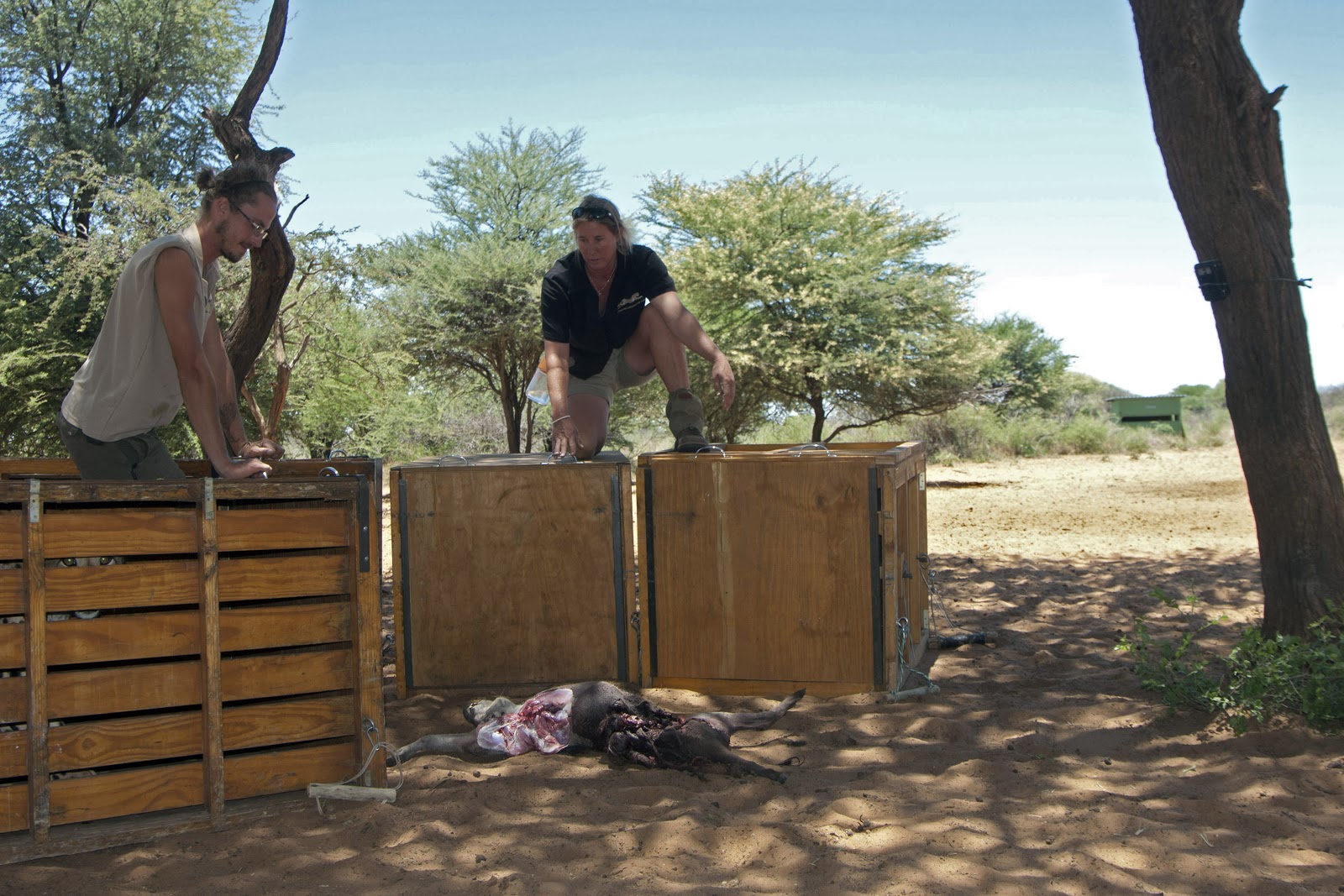 In the following days, the two adult females’ satellite collars fed CCF staff information on their whereabouts.  They remained separate from one another and “Mom” went onto our neighbours property after the first day of release.  The second day, “Toeless” also left Bellebenno, but returned on day threee.  The two cubs' locations are unknown as they were not fitted with satellite collars.  Hopefully, several of CCF’s camera traps and ground tracking team will be able to observe the cats in the future, to assess their condition.

All releases are complicated and must be carefully thought out, since each cheetah is different. As these four females were all wild prior to being captured, and are deemed to be healthy, our expectations on their ability to survive are high. With this, we are happy to know that four more cheetahs are back where they belong –in the wild.   The survival of the species depends on it.