One of the projects we are currently undertaking is to investigate which physical and environmental characteristics influence the selection of cheetahs scent marking trees, locally known as play trees. In 2005, a camera survey was started at a number of play trees, both on CCF land and neighbouring farms as part of developing census techniques for free ranging cheetahs. Identifying potential locations for camera placement is crucial for increasing the probability of cheetah captures.

Namibian cheetahs are known to frequent play trees for territorial marking and social interactions. Play trees, once present in a habitat, can provide valuable census data on known individuals occupying a particular home-range. However, there are instances where play trees are difficult to identify, or are absent in a given habitat. CCF quantified key characteristics around play trees including visitation rates by cheetahs, prey abundance, habitat type and presence of con-specific predators on its farms and the land of a local farmer, Mr Ralf Ritter.
In January 2013 three of CCF’s staff members, accompanied by Tiger, a CCF scat detection springer spaniel dog,  visited a number of play trees on Mr Ritter's farm for scat sample collection, taking pictures of the trees themselves as well as some extra measurements. The scat samples are used to analyse cheetahs’ diet and study biomedical aspects. 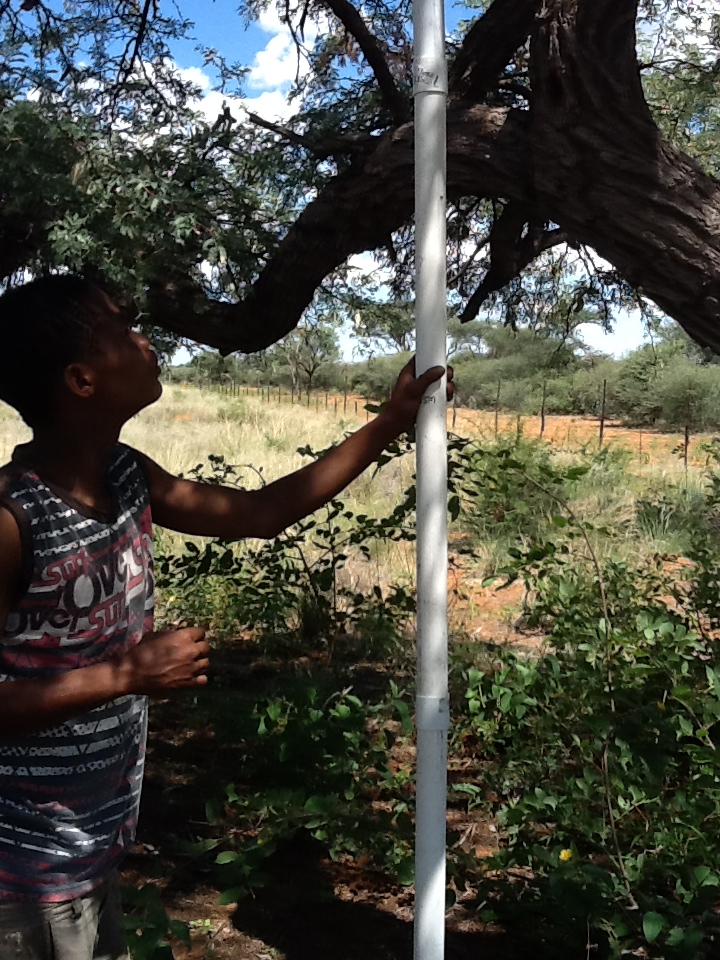 
We travelled for almost half a day to reach our destination. The weather was hot and dry and our morale kept us going. As always, we were made to feel very welcome on the farm. Our sniffing friend was the centre of attention for the day. On the farm there were 2 large great Danes amongst other pets whose bark were loud as thunder and looked mean enough to send chills down your spine. However, to our surprise Tiger did not seem to be threatened and all he wanted was to sniff - sniff. He was moved to his safety pen to rest and cool down for a few hours before work commenced.

Mr. Ritter assigned one of his skilled guides, Stephanus, to help us find the best routes to the trees. We hit the ground running that afternoon and covered 50% of the target play trees. A GPS device helped to check that we actually measured the exact same tree that was used in the original study. Fortunately Matti, CCF’s senior ecology researcher, recognized all the trees and could ensure that we were looking at the right one. Once we arrived at a play tree, Len, our dog trainer, would first take Tiger to explore around the tree to look for any signs of cheetah scat. Unfortunately, since the area had heavy rains the day before we arrived on the farm, we did not find any cheetah scat or tracks this time around. 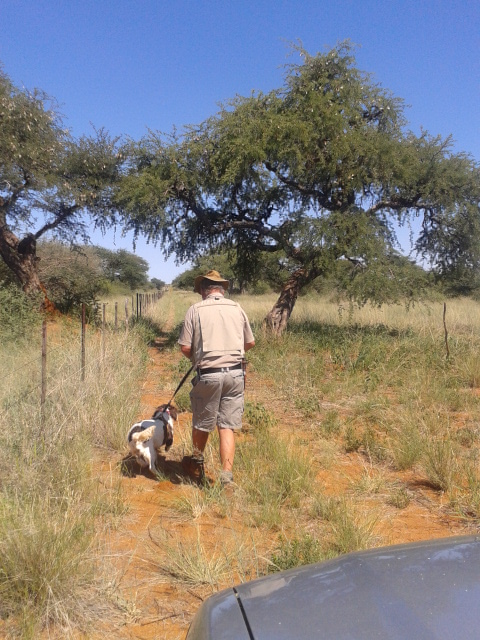 Len with Tiger searching for cheetah scat
One of the problems with using only a single scat dog, is that they cannot work continuously in the heat and humidity. Nonetheless, we were able to visit, measure and photograph 10 different play trees that were up to 30km apart in a two day period. Mr. Ritter also told us that it seemed to him as if the number of leopards on his farm has increased, while the number of cheetahs has decreased. CCF intends to expand this project to other areas of the country in the near future. 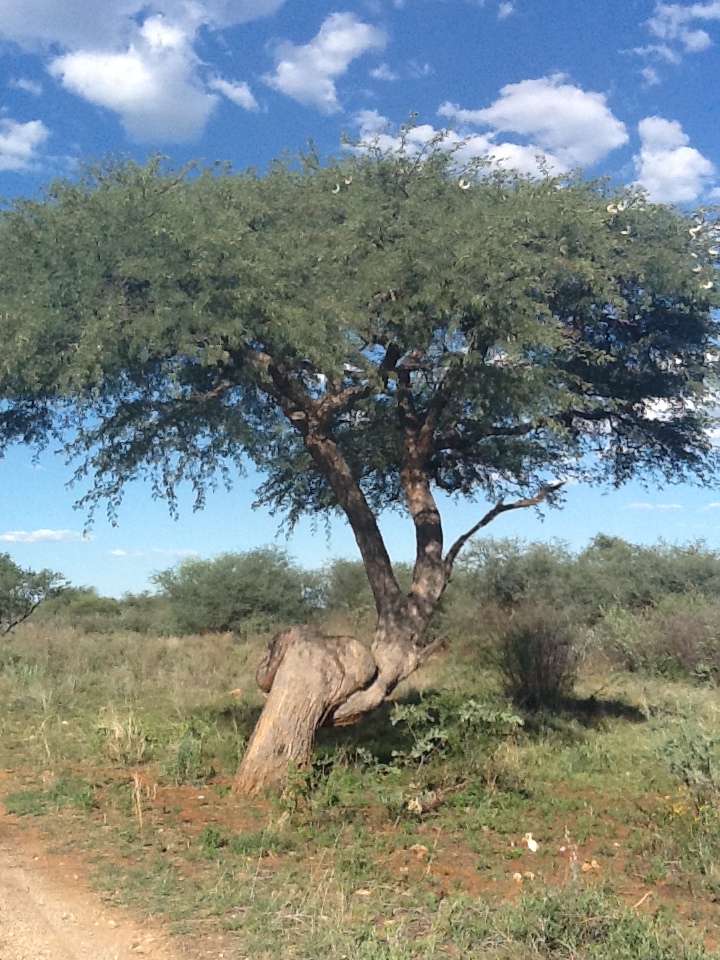