A Garden for Cheetahs 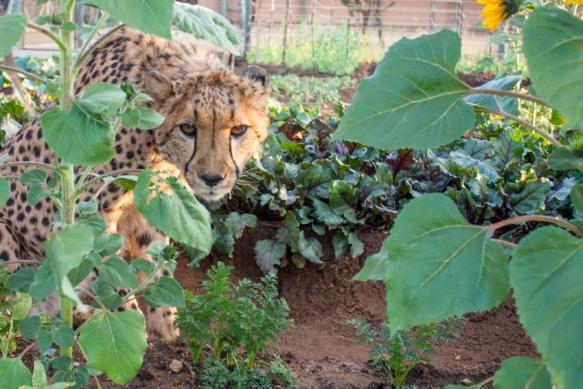 In early February, the Cheetah Conservation Fund (CCF) began building a diverse organic vegetable garden at its International Research and Education Centre outside of Otjiwarongo, Namibia. The main garden site is about 13 by 22 meters and features long straight beds in the style of farm scale vegetable production, as well as keyhole beds demonstrating home scale gardening with meandering pathways. 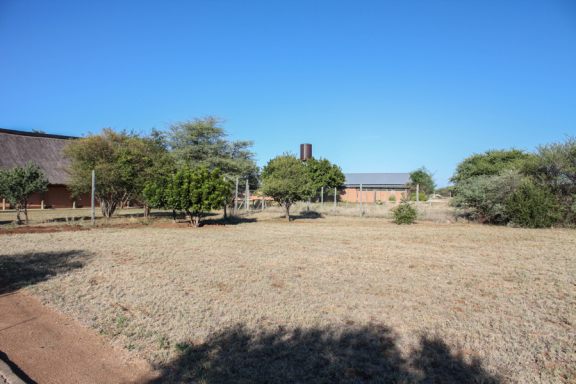 The garden as a blank slate.

As part of a greater effort to engage in environmentally aware operations and wise resource use, CCF decided to produce fresh vegetables to feed people consuming food onsite daily. This includes more than 40 staff and volunteers, visitors to the Cheetah Café, and guests of Babson House luxury accommodation. A study from 2005 showed Namibia is importing 80% of its fruits and vegetables, mostly from South Africa. Importing so much produce entails transporting it across long distances, increasing use of fossil fuels and carbon emissions that contribute to climate change. Localizing food production will not only help CCF reduce the environmental and social impacts of transporting food; it will also provide fresher, tastier, more nutritious meals and save money. 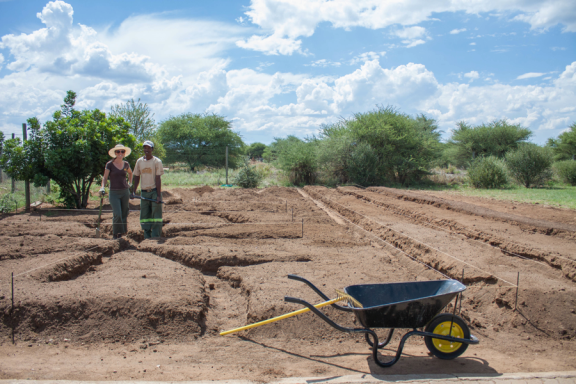 Rising to the challenge of heavy clay-sand soil, we used every bit of aged manure from CCF’s farm and then made use of a by-product from our Bushblok production – wood dust. All these materials are mixed into parent soil to improve fertility and organic matter content. As beds are prepared for upcoming plantings, we are just beginning to integrate the first batches of finished compost we are currently producing from food scraps, which is an essential ingredient for any organic garden. 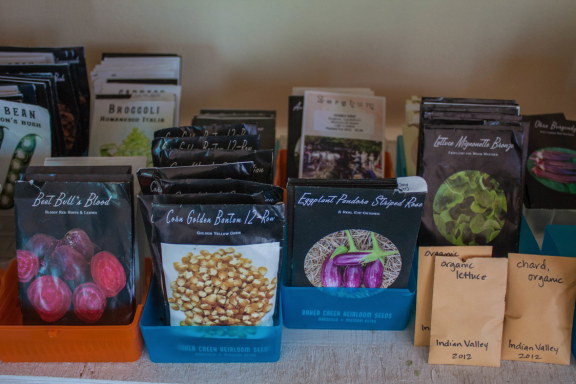 A bit of CCF’s seed library. All seeds were donated by Baker Creek Heirloom Seeds in the United States.

In less than four months since the garden’s inception, we are harvesting twice per week a diverse salad mix --radishes, peas, turnips, chard, mustard, a braising greens mix, cilantro, and flowers. By having this much diversity in a small space, we are able to use organic methods and keep the garden chemical-free. Biodiversity in a garden habitat invites beneficial insects to do the work of managing unwanted insects. The vegetables are therefore healthier for the environment, the growers, and the consumers. CCF thanks Baker Creek Heirloom Seeds, an American company based in Missouri and distributing from California, for donating more than 60 varieties of heirloom vegetable seeds. Baker Creek Heirloom Seeds is preserving agricultural and culinary heritage by carrying the largest selection of seeds from the 19th century. 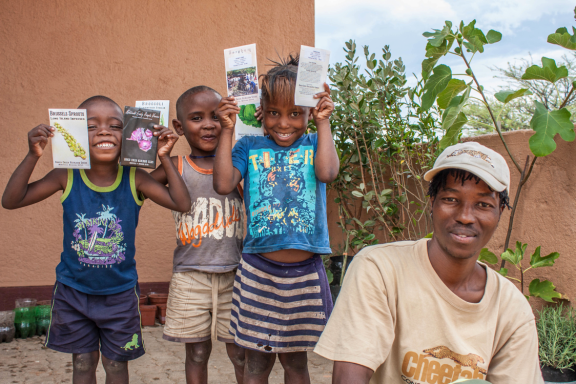 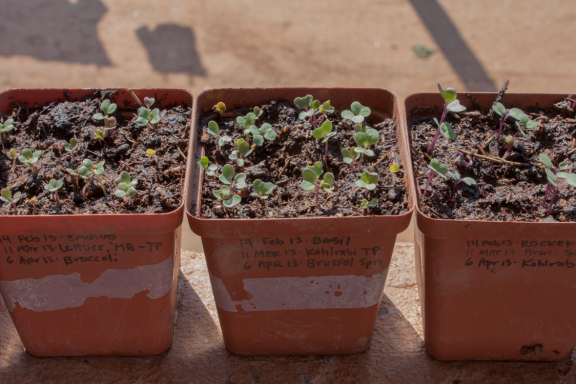 On 3 April, CCF held a dedication event, naming this site the ‘Chewbaaka Memorial Garden’ in honour of CCF’s ambassador cheetah who passed away. With plans for water conservation practices and beekeeping in the works, CCF hopes to include the Chewbaaka Memorial Garden in farmer training programs in the future. During your next visit to CCF, ask to see what’s growing! 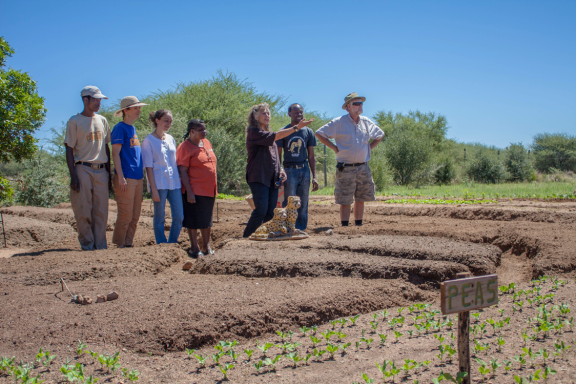 CCF’s Executive Director Dr. Laurie Marker, with some of her team, speaking at the dedication of “Chewbaaka Memorial Garden” 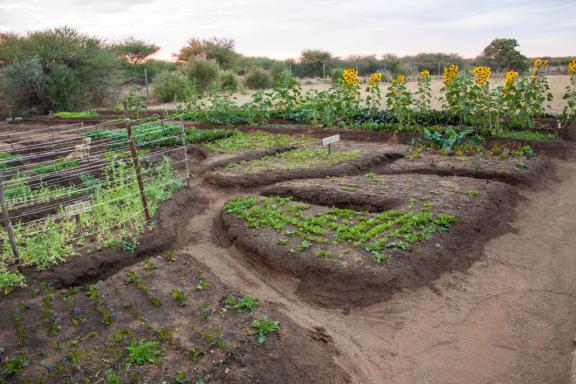 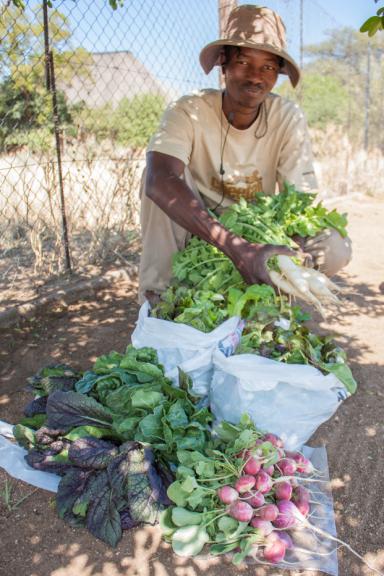