CCF in the United Arab Emirates

In late May and early June 2013, CCF’s Assistant Directors, Dr. Anne Schmidt-Küntzel and Patricia Tricorache joined me in the UAE where we spent 10 days. The purpose of our trip was two-fold, one was to lecture for the Emirates Natural History Group in three locations and the other was to network with cheetah breeding facilities and veterinarians, where several other lectures were given. Consequently, during our discussions with vets and the main captive cheetah facilities, all felt that a workshop on cheetah health issues, husbandry, necropsies, and banking of genetic and reproductive samples would be very useful. 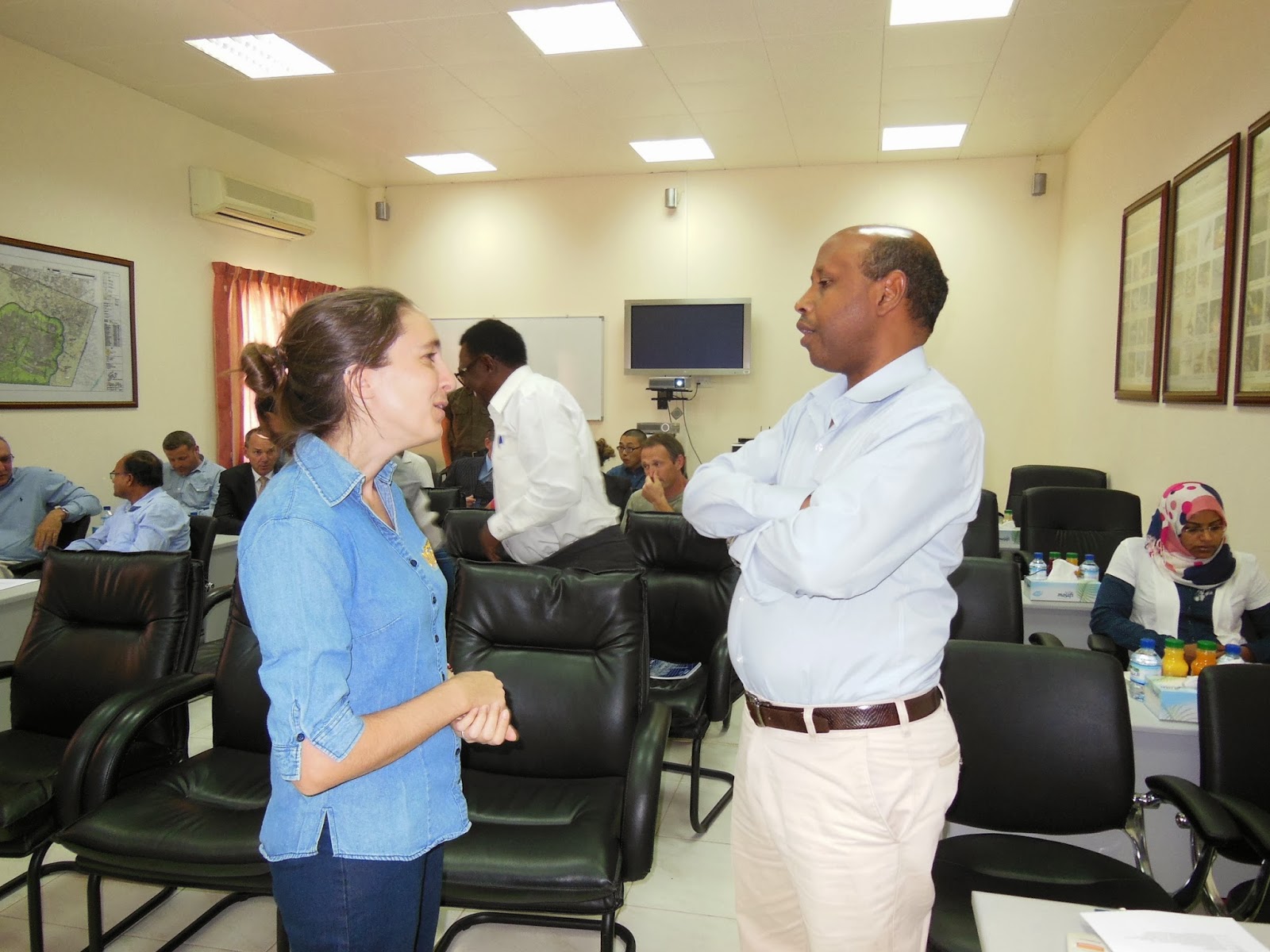 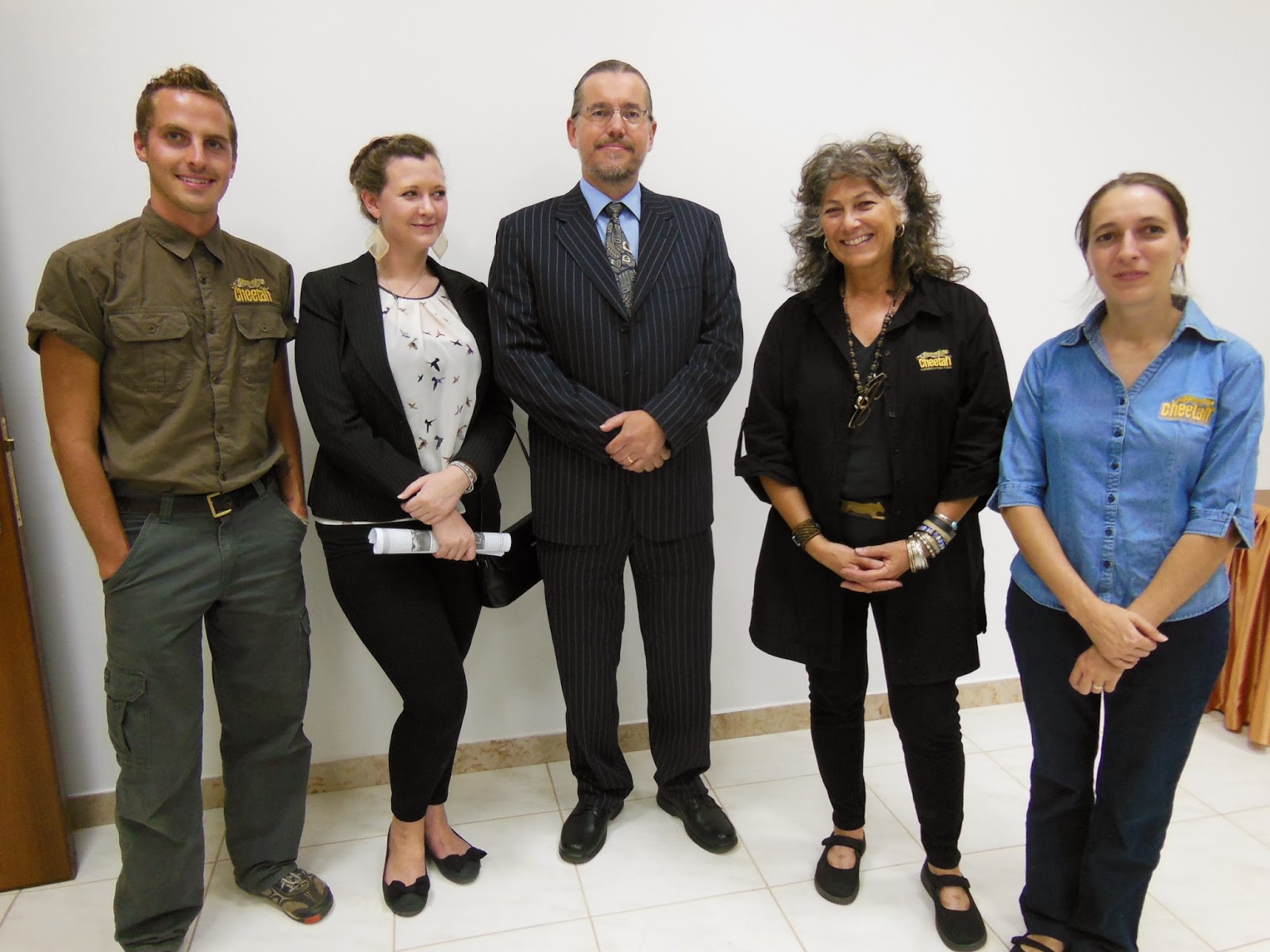 On the 29th of January, Dr. Anne Schmidt-Kuntzel, Ryan Sucaet, CCF’s Research Assistant and Cheetah Keeper and I, returned to the UAE and headed to Al Ain for a half-day conference hosted by The President’s Affairs Management of Nature Conservation (MNC) Facility. The conference covered topics such as captive cheetah care and management, health and disease, genetics and genome resource banking (GRB), including semen collection and techniques. 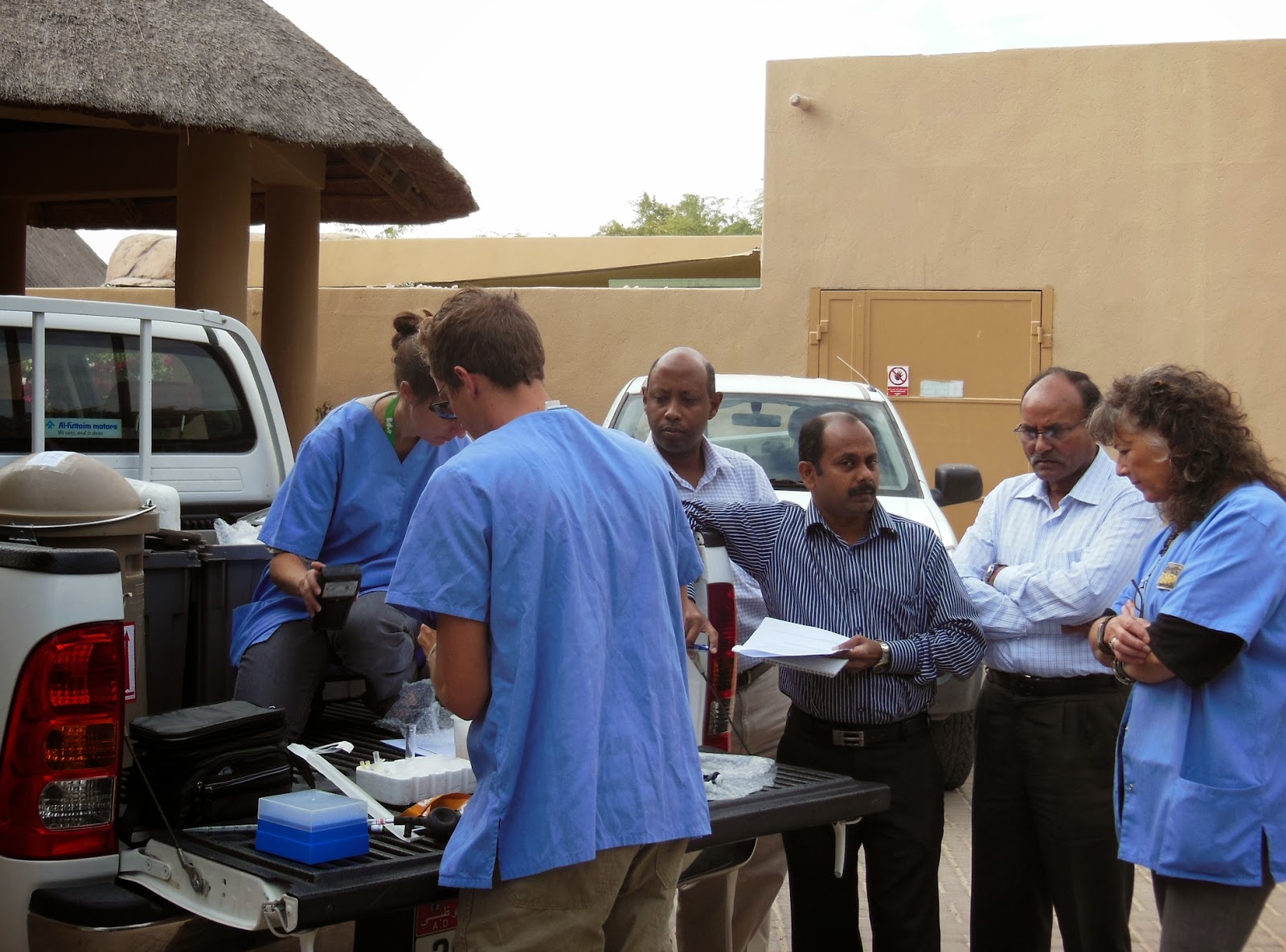 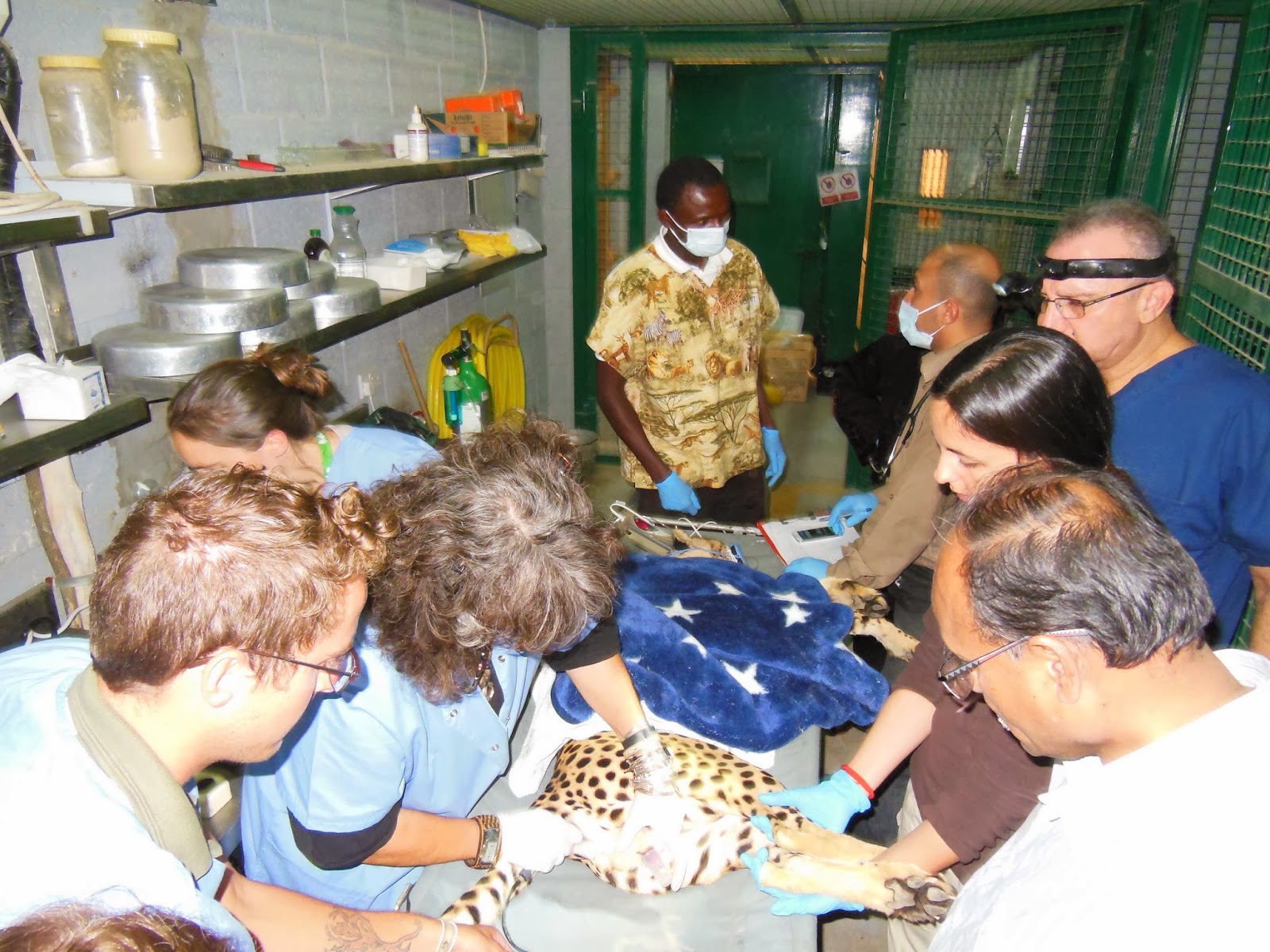 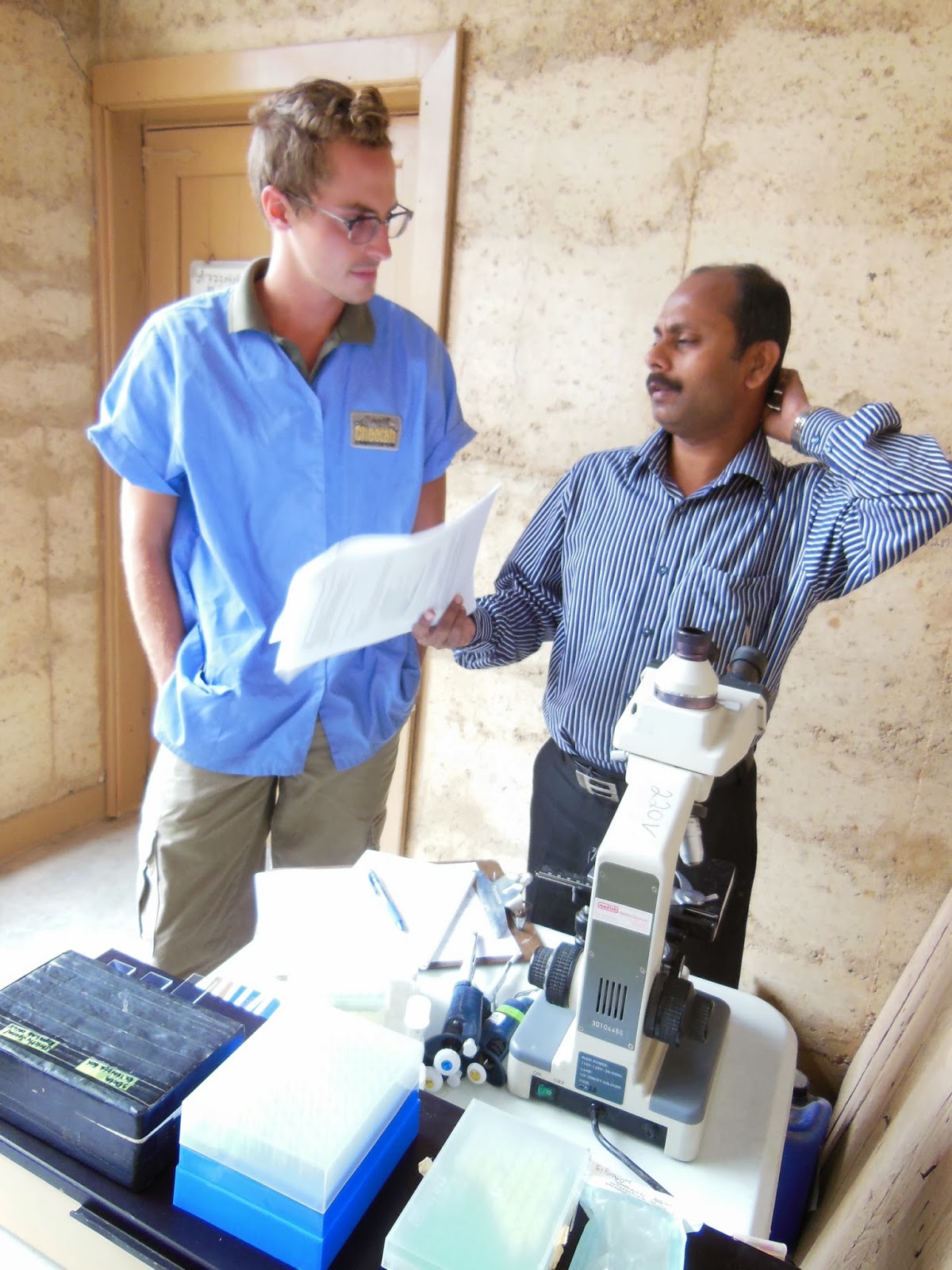 We then traveled to four locations to conduct collections and training at individual facilities. In Al Ain we worked on three male cheetahs with their veterinary and research team in order to collect blood, measurements, and successfully bank sperm from two of their cats. Our next day took us to Emirates Park Zoo where we worked up one male, collected another sample for our GRB and trained their vets and husbandry team on our methodology. 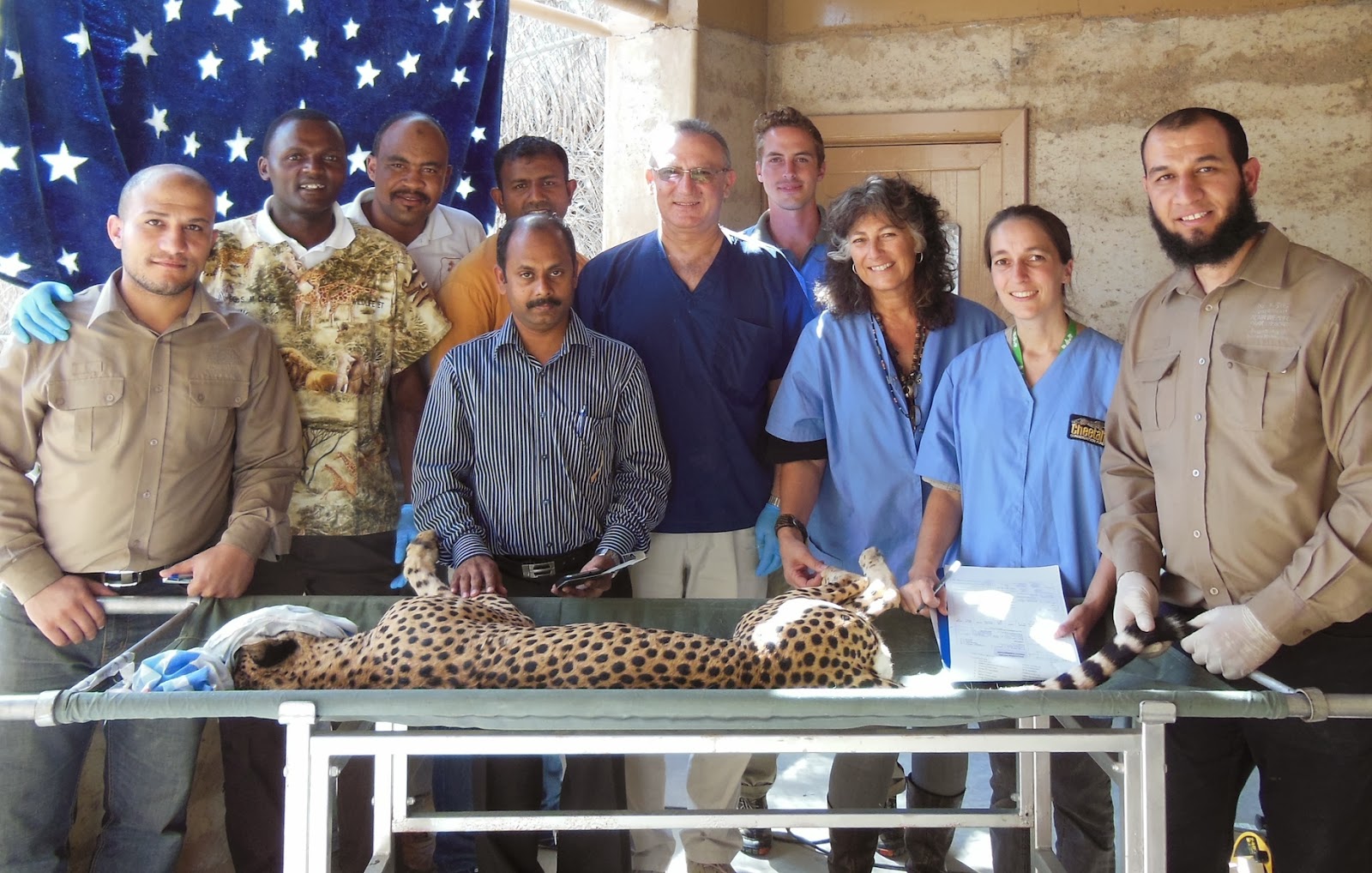 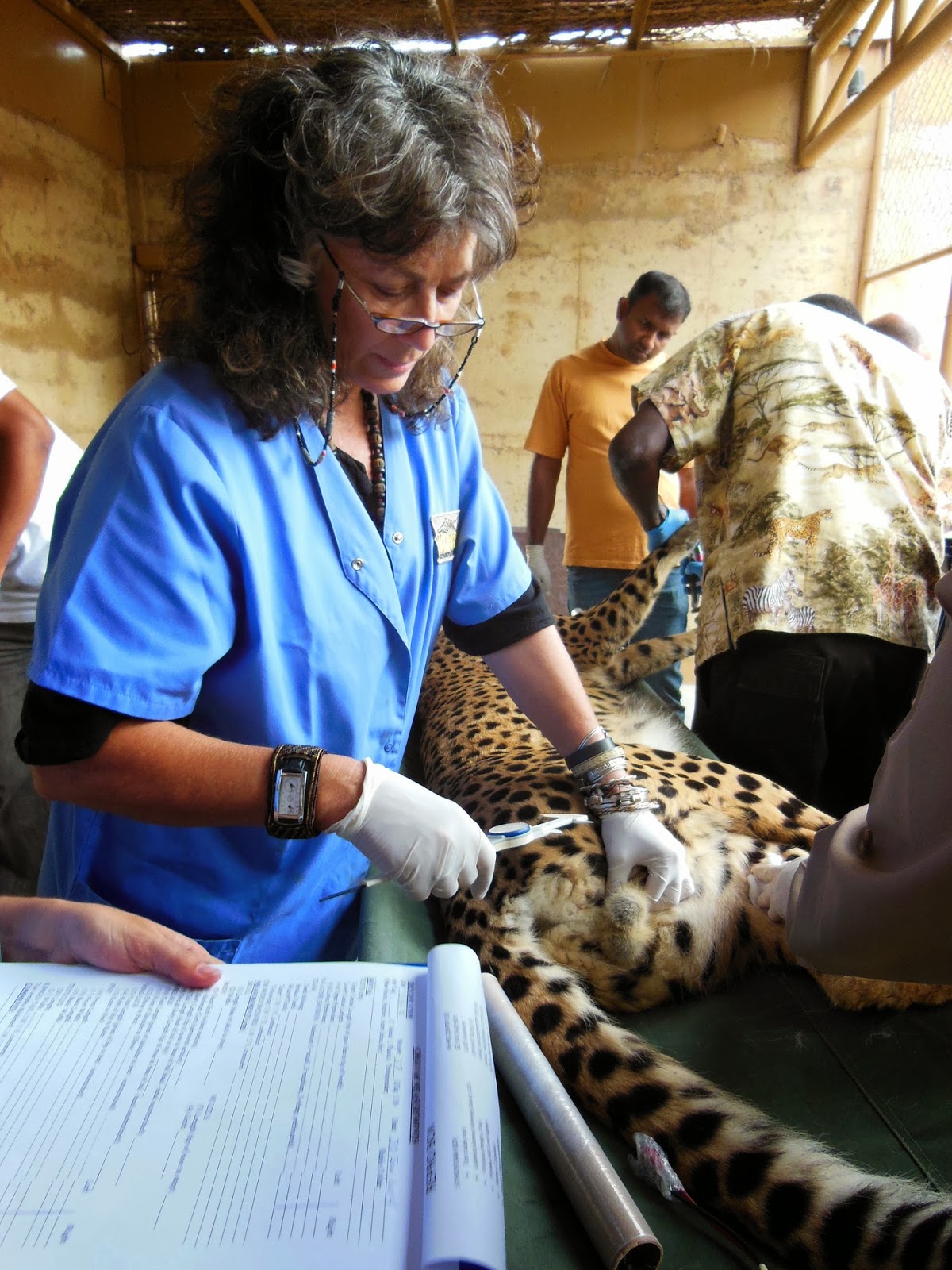 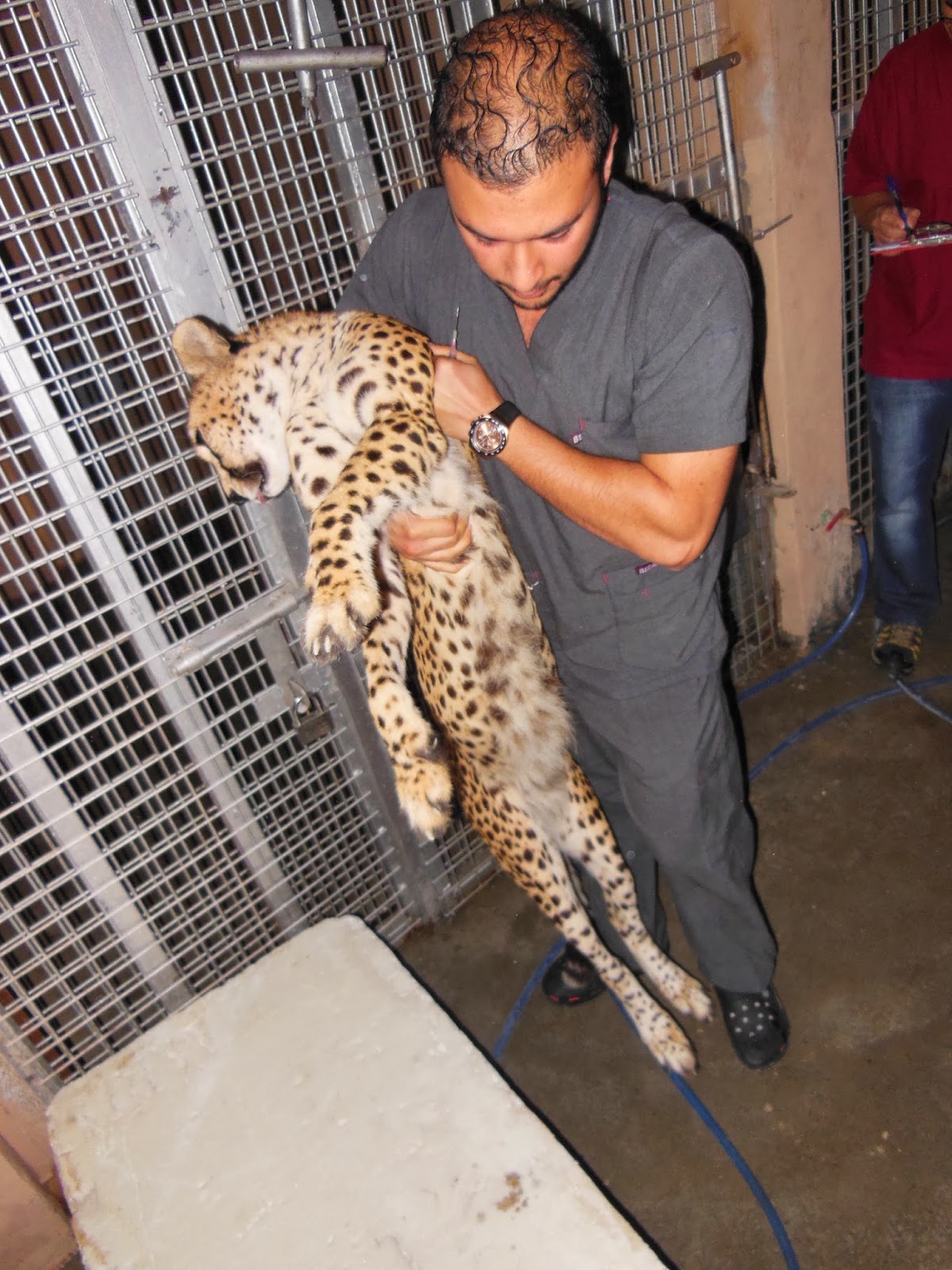 Our fourth day was our most triumphant: we worked on 11 male cheetahs at Sheik Buttie’s private breeding facility in Dubai. We were able to work with the manager and vet from this facility, the vet from Sharjah and the manager from Wadi Al Safa. After a 15-hour workday, we banked over 25 semen samples from eight of the cheetahs. 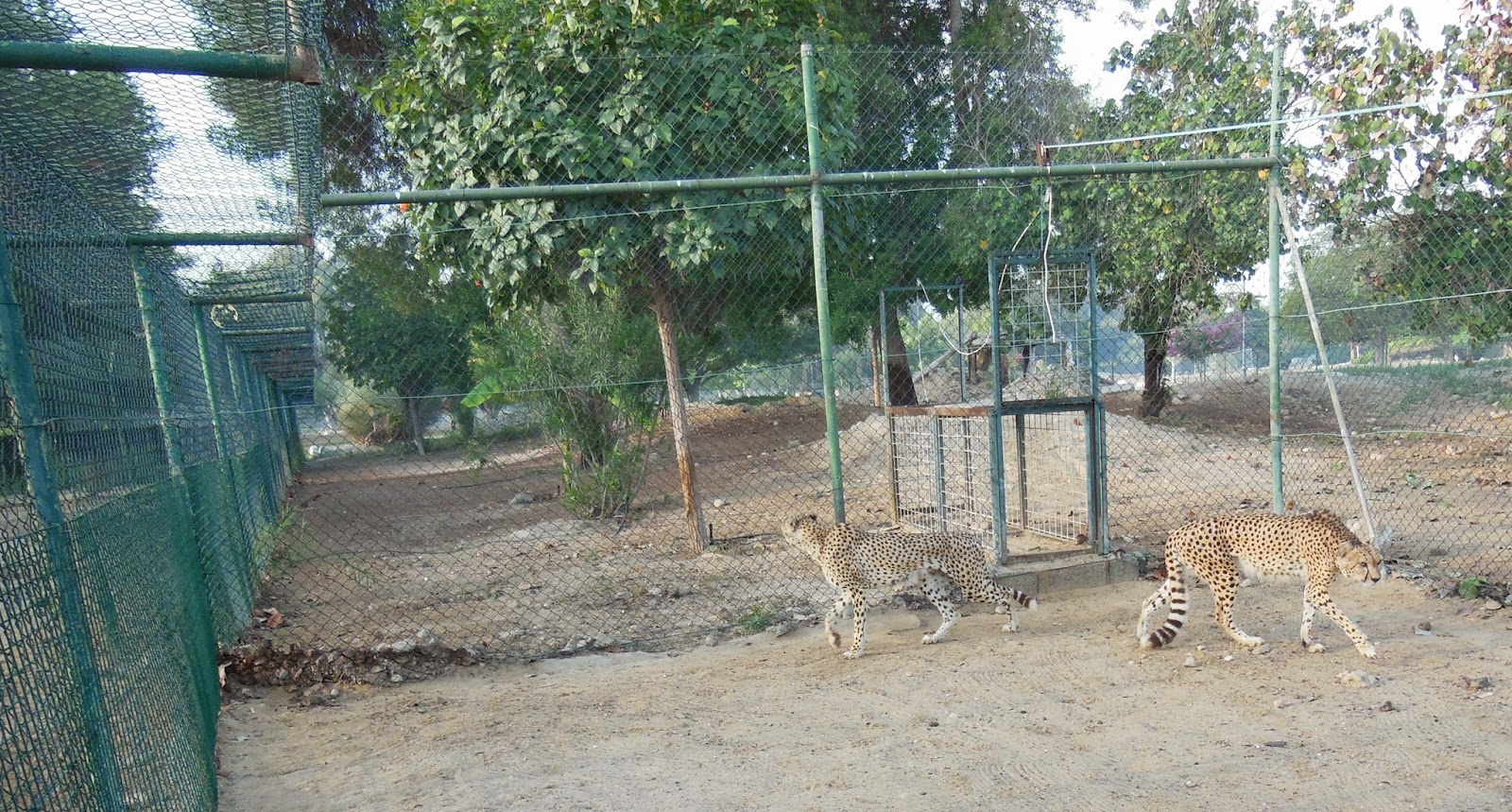 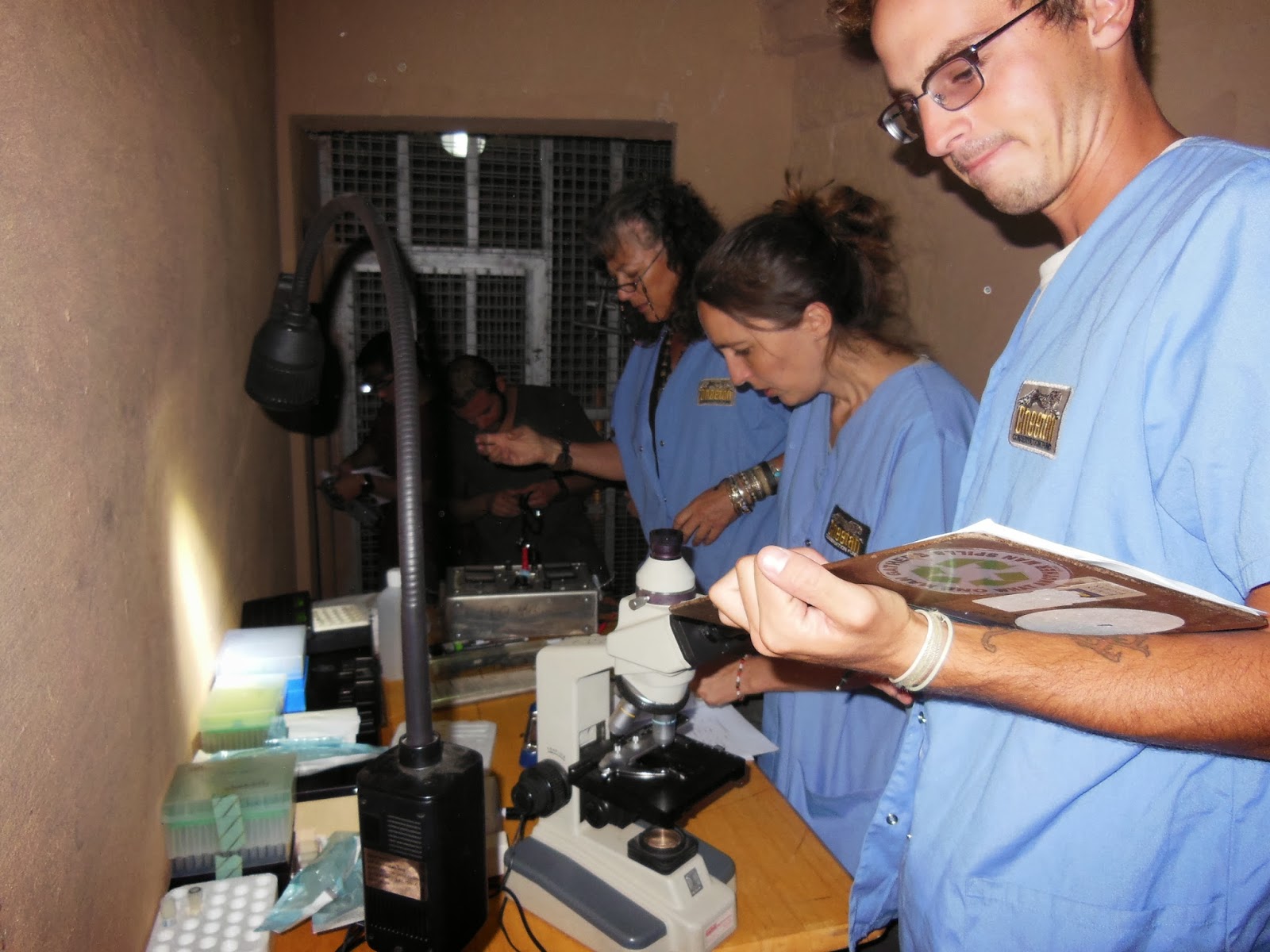 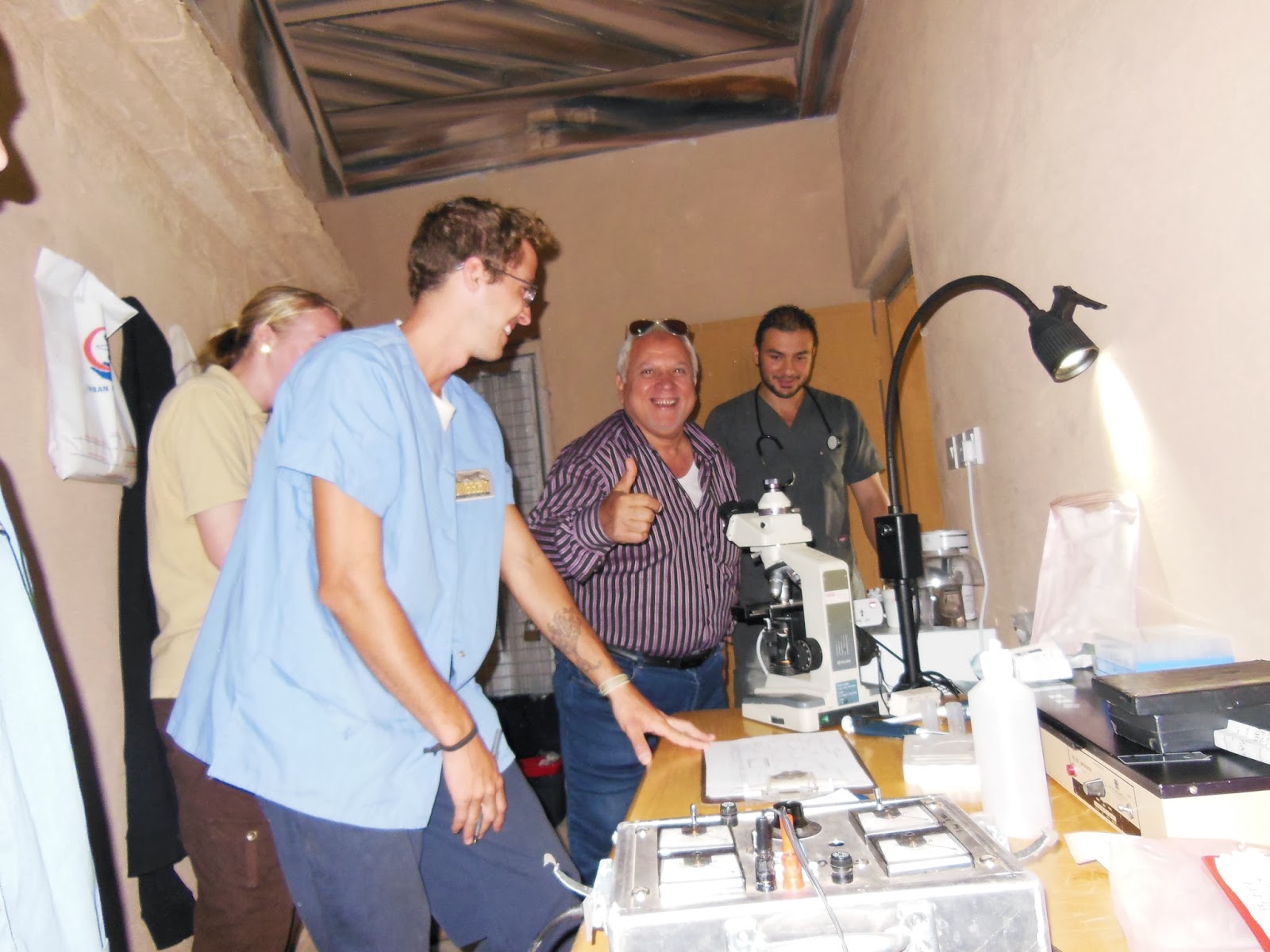 Al Bustan hosted a hands-on workshop on the 2nd of February, where we trained more veterinarians and staff of several institutions within the UAE.

We headed out on the 4th of February after attending the first day of the 15th annual Conservation Workshop for the Biodiversity of Arabia held at the Breeding Centre for Endangered Arabian Wildlife in Sharjah, which brought together international conservationists from the Arabian Peninsula working towards strategies of IUCN wildlife re-introductions, translocations and how to apply this to various species of this region. In addition, a captive care workshop and small mammal survey techniques were also topics during the conference. 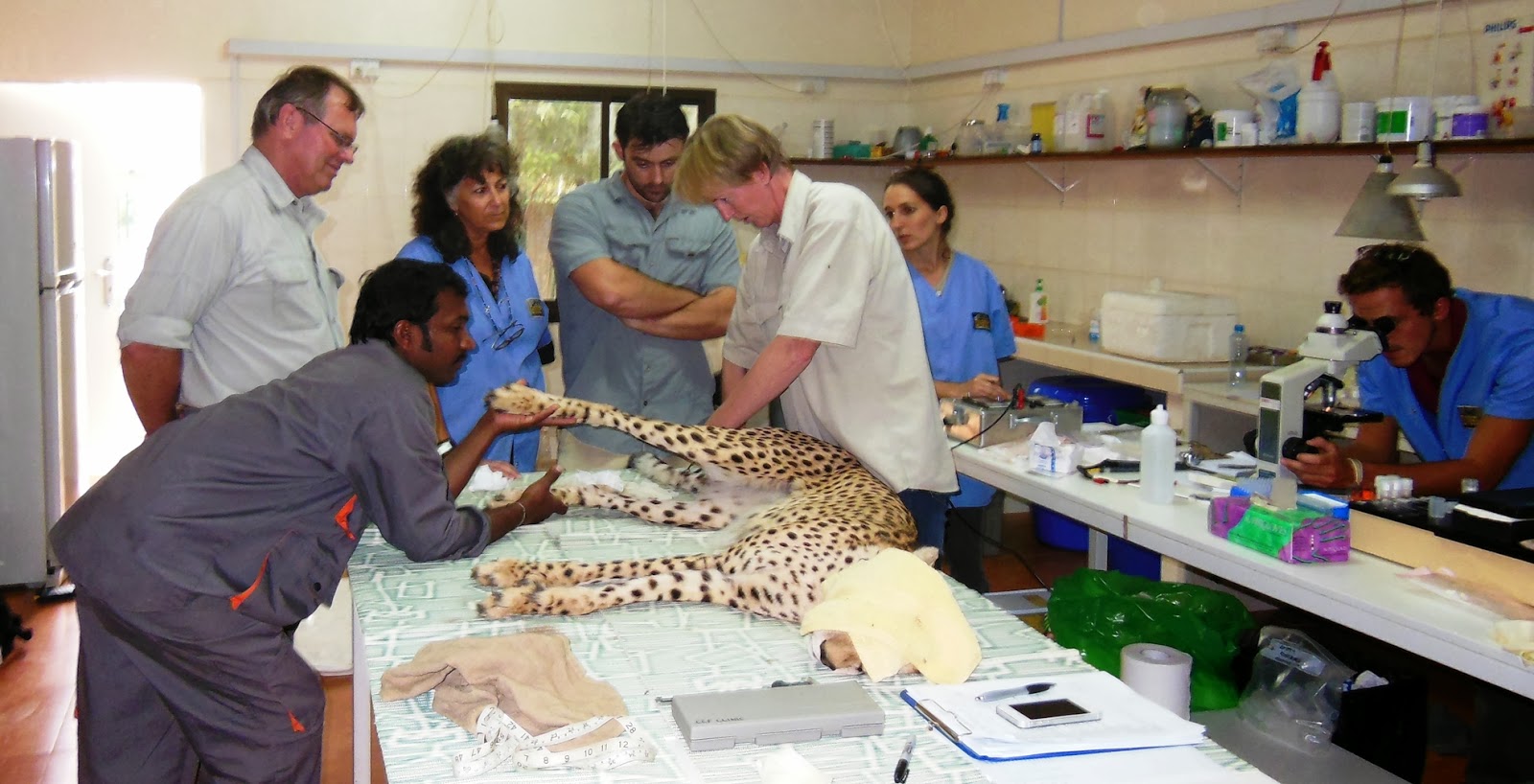 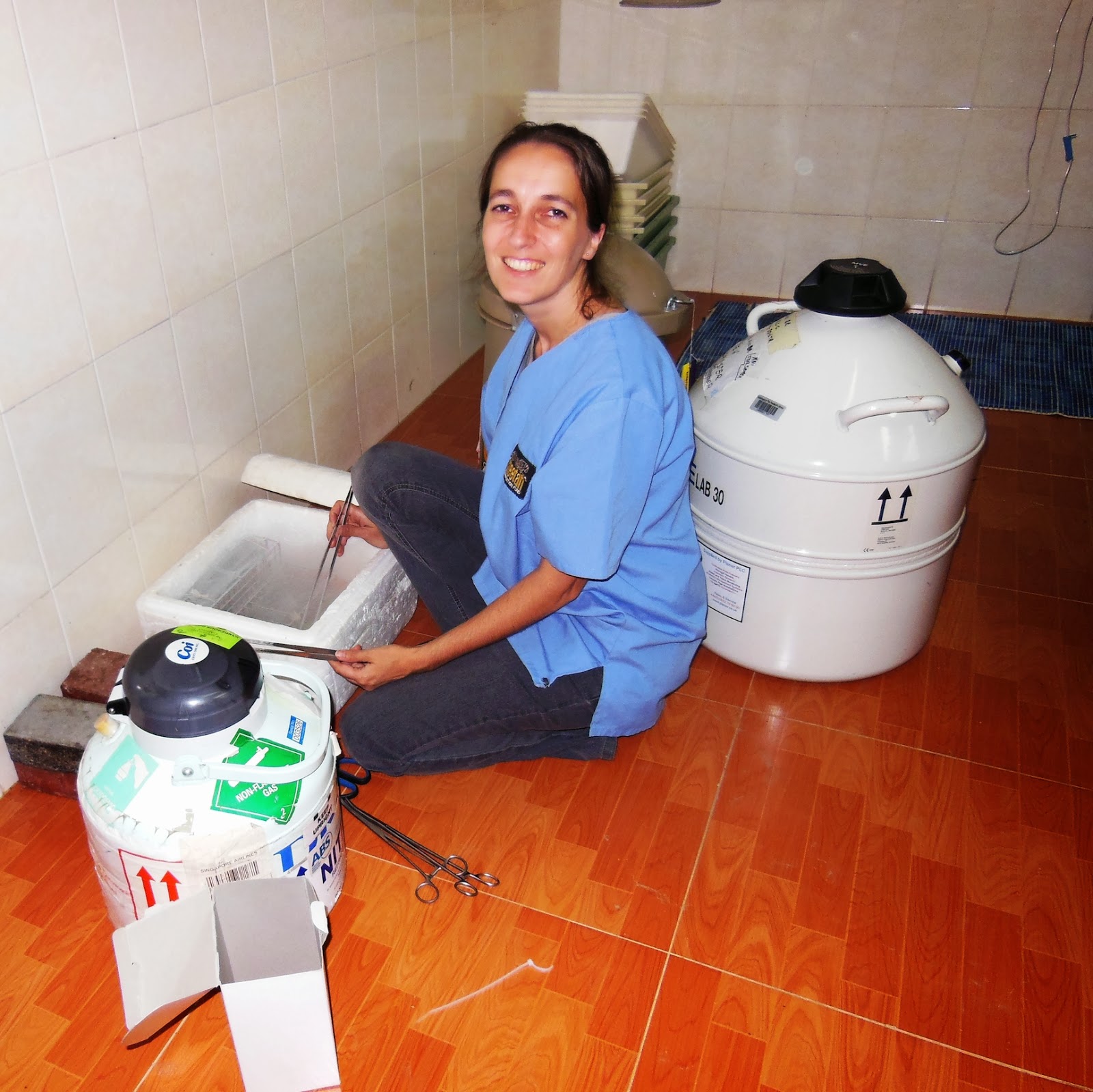 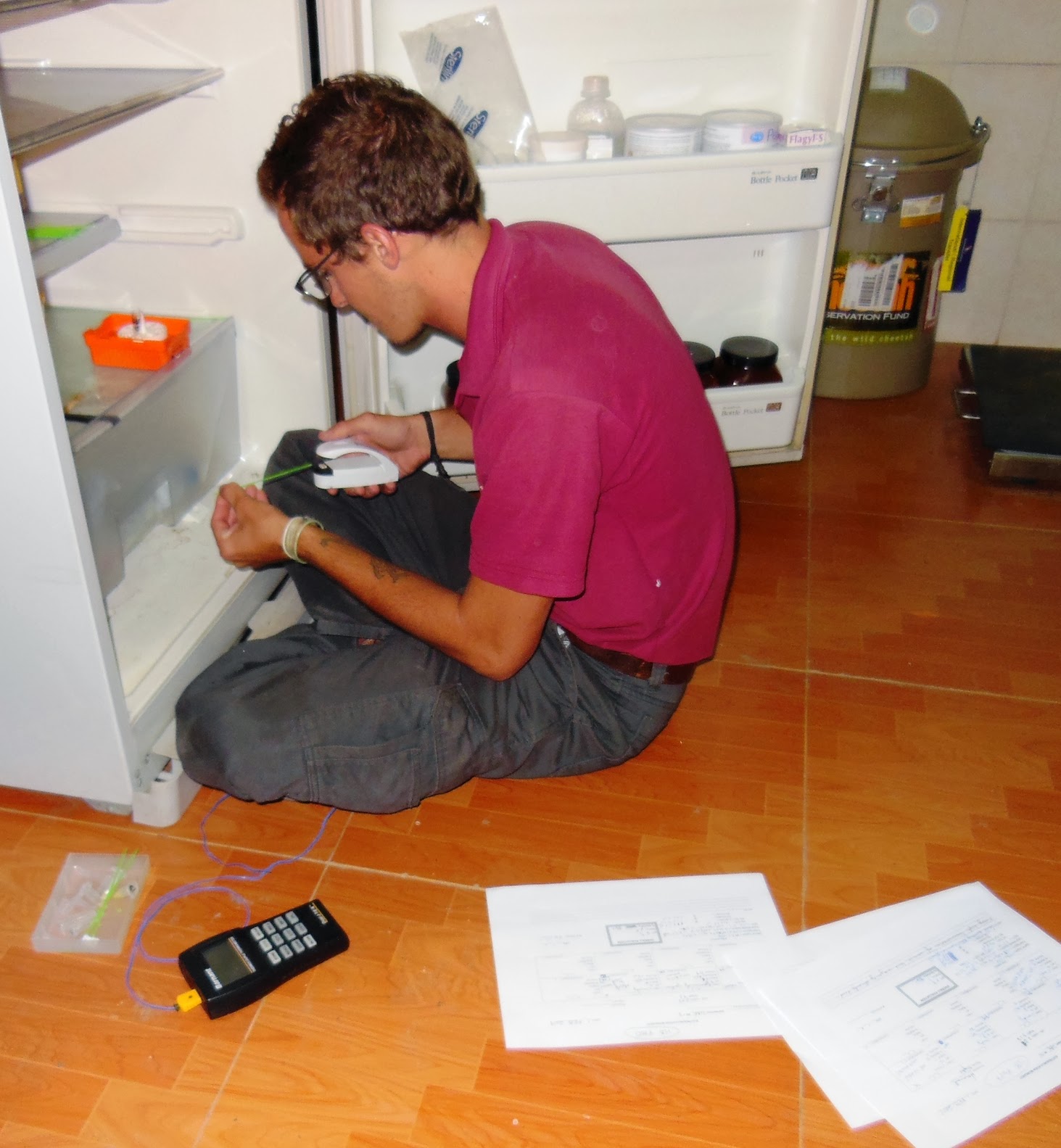 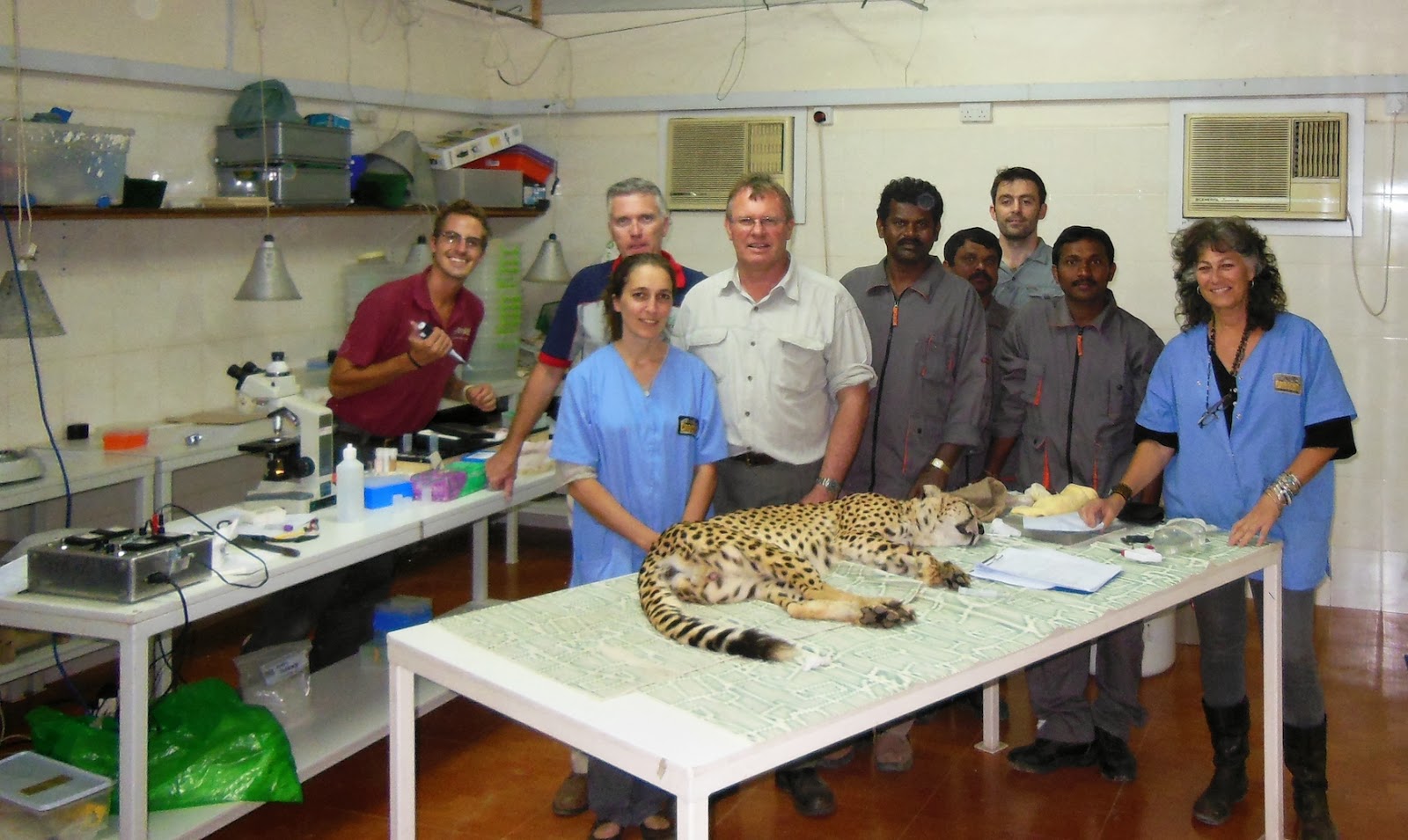 Overall, we worked up 18 male cheetahs and initiated the beginning of the UAE’s Genome Resource Bank and trained the veterinarians and research staff from over 10 facilities in the country. 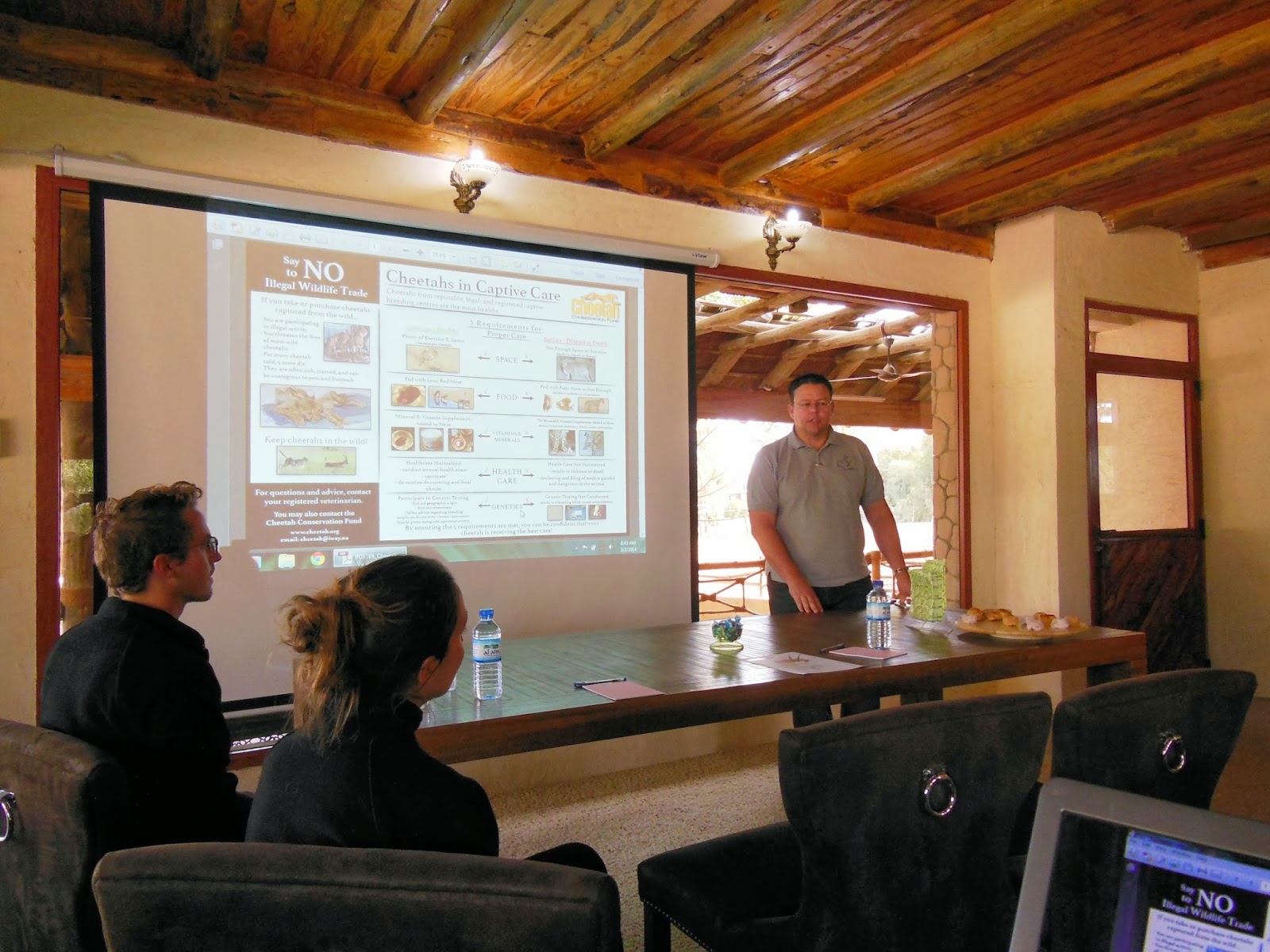 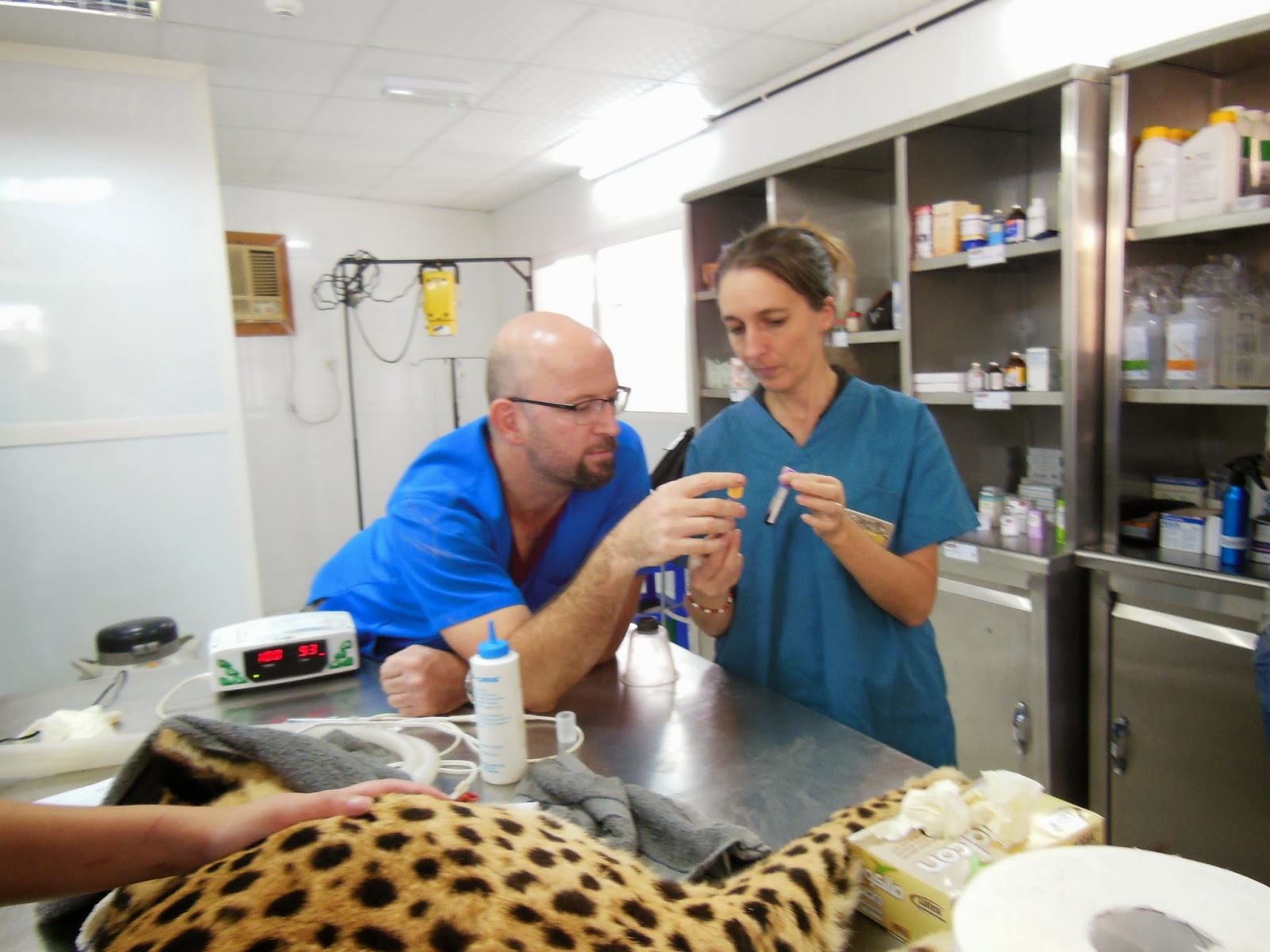 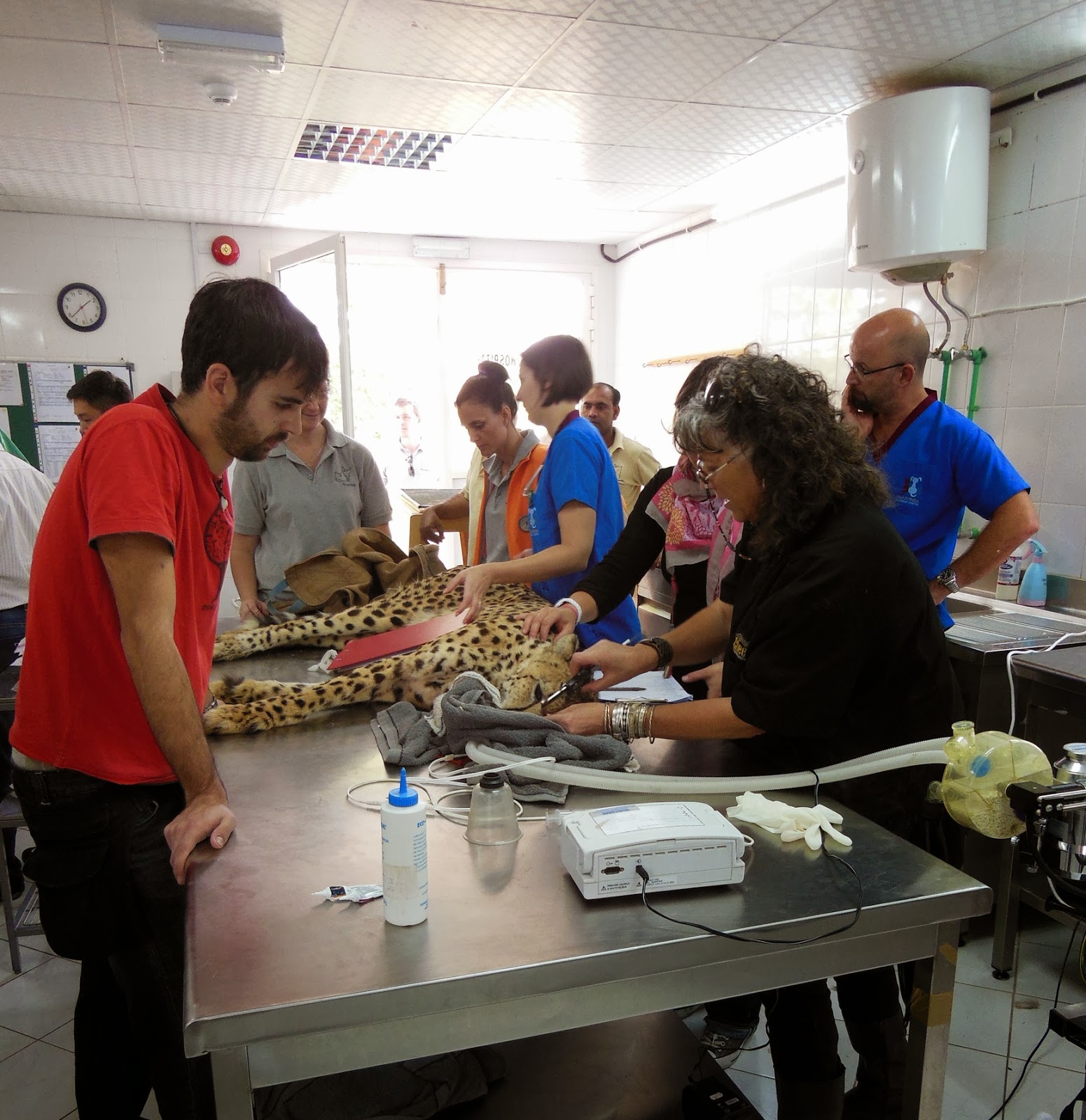 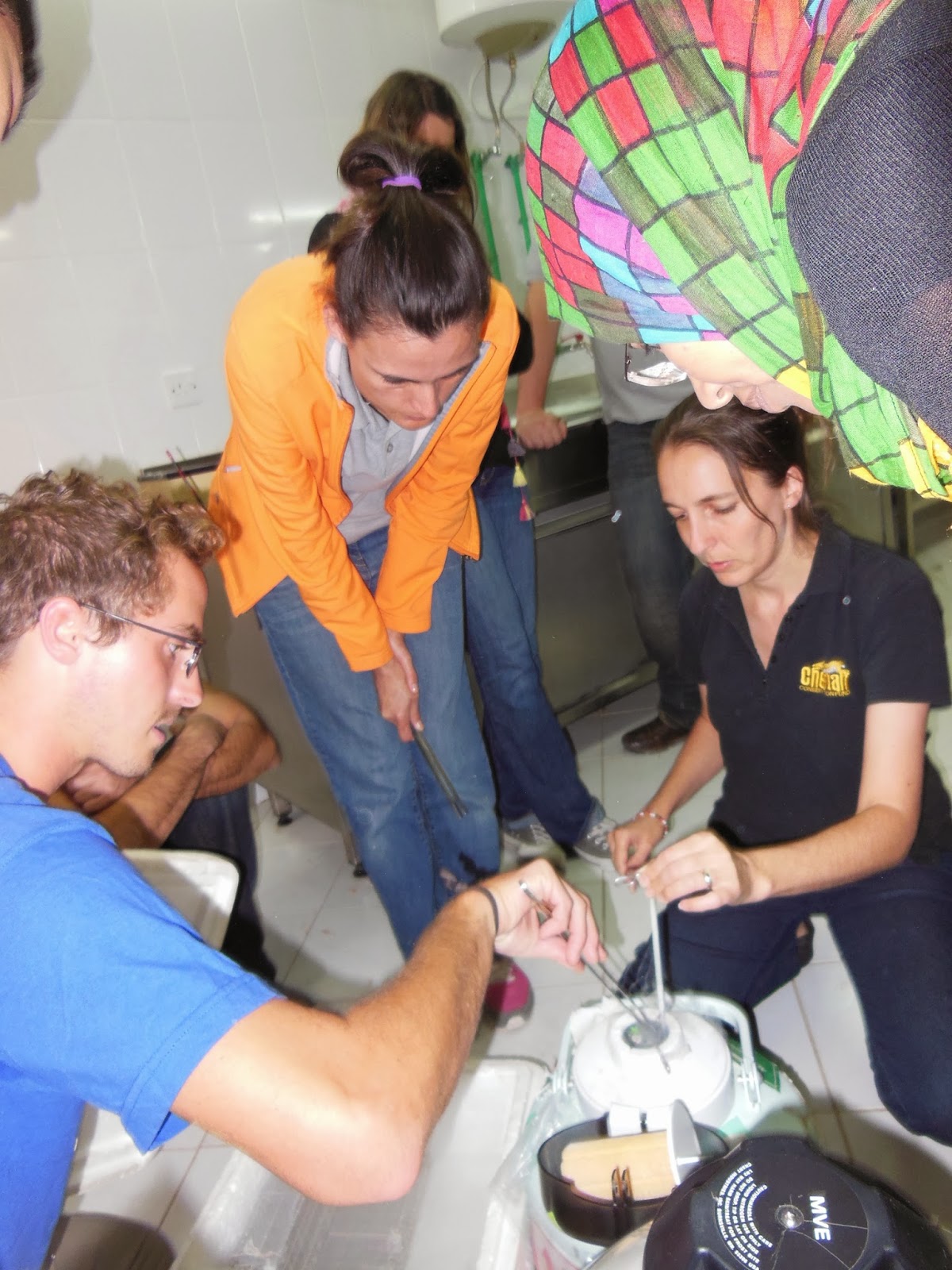 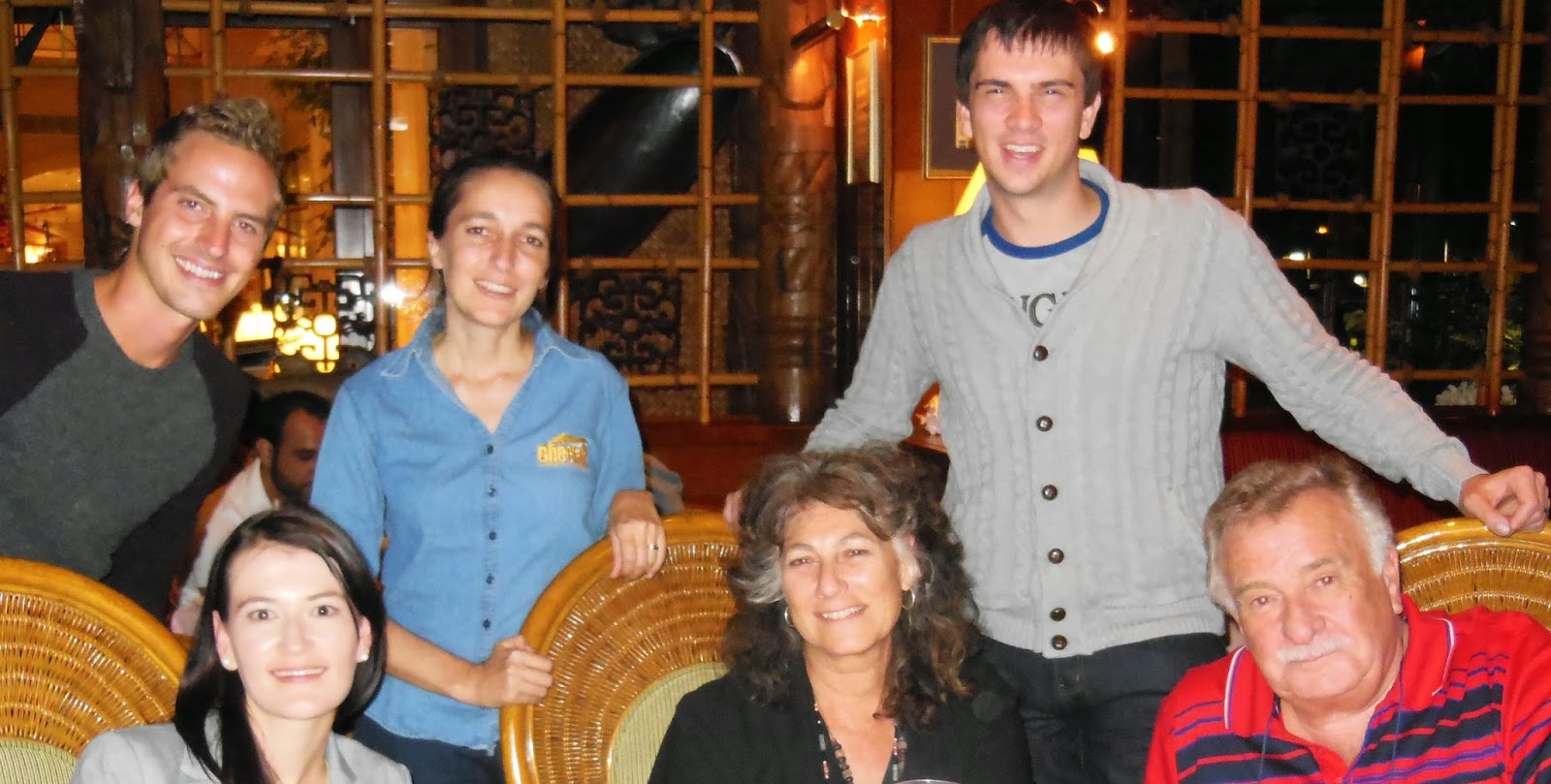 Posted by Cheetah Conservation Fund at 11:48 am