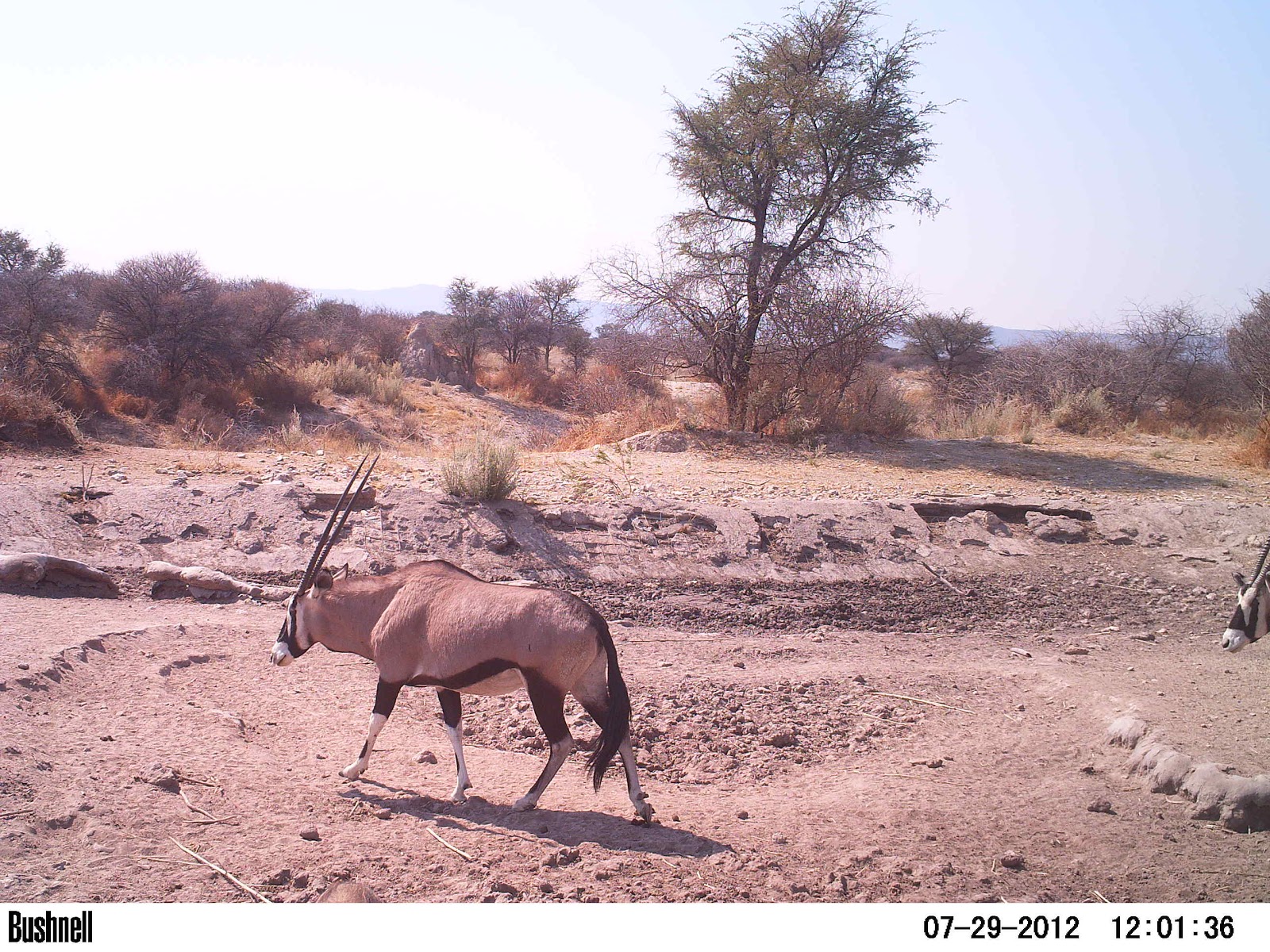 CCF has carried out a number of camera trapping surveys, and also maintains a network of cameras positioned for ongoing monitoring of the wildlife on our land.  While we are mainly focused on cheetahs, there are many other species out there, and the cameras will trigger no matter what passes them by.  In this series of weekly blog entries, I will use these pictures to illustrate some of the wealth of animal life in Namibia - usually one species per week.  I hope you will enjoy seeing a little more of our world here in the bush.

Today’s blog will highlight the oryx.This antelope is one of four large species belonging to the Oryx genus.  Three of these four are native to arid parts of Africa, and the oryx (gemsbok) in particular inhabits southern Africa.  They have pale fur with dark markings on the legs and face with long, almost straight horns.

This species prefers semi-arid conditions and can go without water for long periods of time.  They are grazers, eating mostly grasses, and can live in herds consisting of up to 600 individuals.  Horns of an oryx are lethal and it has been known to kill lions.  Oryx are listed as not threatened on the IUCN red list. Although the oryx in southern Africa is not particularly threatened, the subspecies of the Oryx genus that live in the northern parts of Africa and in the Arabian peninsula are severely decimated, in many instances killed for their distinctive horns. 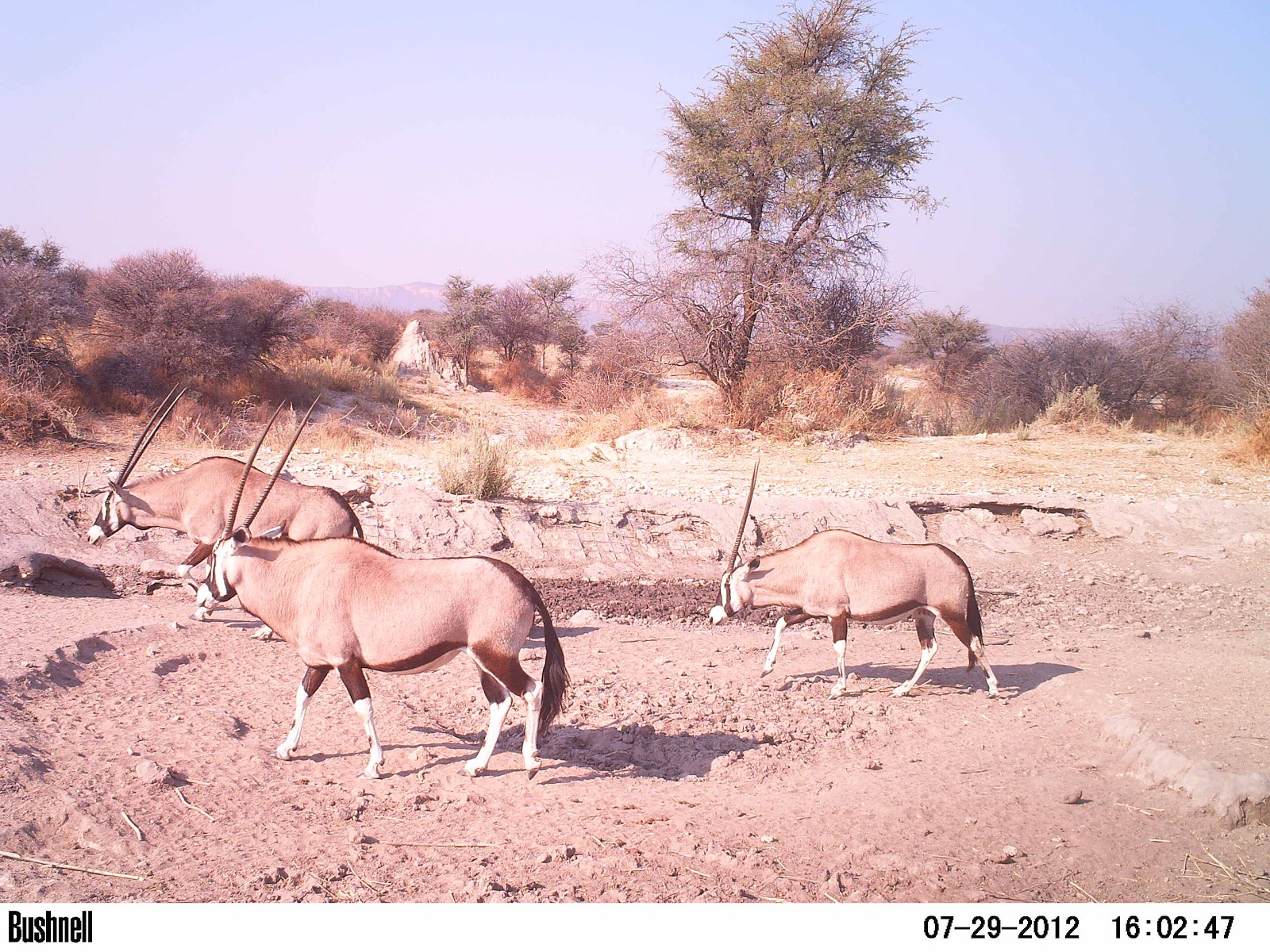