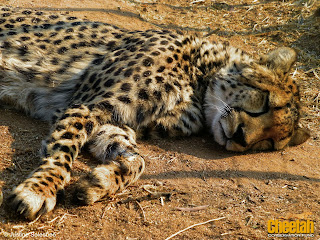 My name is Justine Solesbee. I am a zoology student at Oregon State University.  Visiting the Cheetah Conservation Fund has been a dream of mine for several years. After learning about Dr. Marker’s miracle work, I decided that CCF was something I wanted to be a part of.  When I was accepted as an intern I was thrilled. Not only was I traveling to Africa for the first time, I was working to save the cheetah. 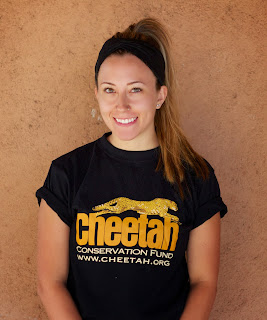 As an intern I was given many tasks. Whether I was working in the kraal or speeding down a dirt road while cheetahs run behind, every job was important. I had many firsts here in Namibia, many of which I will cherish forever.   I was often attacked and nibbled by baby goats, spit on by feisty cheetah cubs, learned the real definition of “office work,” identified giraffes by their very similar neck patterns, counted game for 12 straight hours, and best of all, I spent countless hours with the cheetahs. 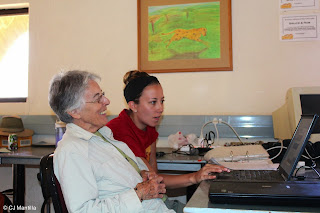 My time here has been beyond words. Everything we do at CCF makes a difference. The hours in the office and my time in the field were of equal value. I will always appreciate the hardworking staff, and I will never forget the beautiful land and wildlife. The things I learned during my 5 weeks here will last a lifetime. I will forever thank CCF for helping me find my passion in life and for making an impact on this community.  I can’t say goodbye to CCF but I can say, “see you later!” 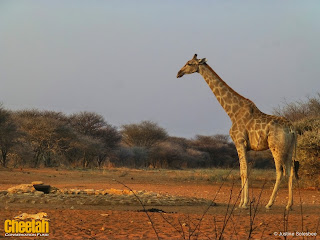