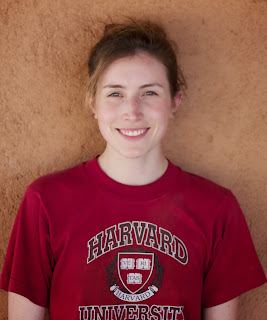 Hello, my name is Kyla Balfour and I came to Africa from Thousand Oaks, California. I graduated in 2012 with a Bachelor degree in Animal Science and a goal to work in conservation research, and after hearing stories of my classmates’ animal filled travels I decided to volunteer abroad. CCF caught my eye out of many conservation groups I found online, partly because of my love for cats, and partly because of the variety of work they do. Since I had never heard of CCF or Dr. Laurie Marker I began researching - and with every article I read and TED talk I watched I became convinced that this was the place for me. I was accepted as an intern for the month of September, and after two extremely long flights and a two-week detour in Europe I arrived in Namibia. 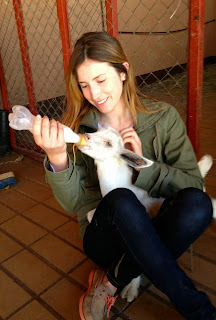 While I’ve been here my main duties have been overseeing the interns in the goat kraal as well as compiling data for the yearly waterhole report. The work here is hard - sometimes 12 hour work days - and as anyone in the animal care field knows, there are no such things as weekends. But it has all been worth it. My time at CCF has been short (only a month) but filled with more amazing experiences than I could have ever imagined. From the night spent counting wildlife to standing in the back of a truck watching a cheetah run along beside me, my memories here will be some of the best I’ve ever had.

As I complete my last day at CCF, something a returning volunteer told me on my first day really resonates: when asked why she keeps coming back, she shrugged and said “I’m not done yet. There’s more to do.” I don’t feel like I’m done yet either. So I’ll see you again, CCF.
Posted by Cheetah Conservation Fund at 12:04 pm