Following the two-week long, post-release monitoring of the CCF's four male captive raised cheetahs (Omdillo, Chester, Obi-Wan and Anakin aka 'Leopard Pen Boys' ) who were released at the Erindi Private Game Reserve, Omaruru, Namibia on June 28, 2012, the monitoring team is now back at the office.
I was teamed up with Ryan Sucaet, the Head of Cheetah Reintroductions at the CCF, to follow the male cheetahs by radio tracking them early in the morning and the late afternoons everyday. After locating them, Ryan would start taking field notes and the observation data, while I took photographs, trying to capture all their behaviors. It took some effort to locate them on the very first day of our monitoring, as their radio signals indicated that they had moved towards the north from the site of their release. After few minutes we found them walking in the open savanna where they were going by their natural instinct of marking territory by scent spraying on trees and termite mounds.
Soon after, we saw a herd of blue wildebeests approaching and the males just started running towards them, not giving any considerations to the proper stalking technique of hunting. That was the moment when we thought they would struggle on their own, however we were proved wrong on the third day of the release when we found Chester feeding on an eland calf carcass. Just minutes later, we found the rest of the cheetahs feeding on a second eland calf carcass. In the next eleven days, they made at least five more kills comprising an oryx calf, a steenbok fawn and three unknown animals.
During the fourteen days of the post-release monitoring of the released cheetahs, we recorded their spatial positions in much of the northern, north-eastern and the north-western parts of the Erindi Private Game Reserve, where we observed them exploring and marking the territory. We had a moment of worry when we found Omdillo injured and licking his wounds on the seventh day and we considered putting him in a boma to provide him with antibiotics, but the next morning we found him walking just fine, though he was sore. Omdillo seemed completely recovered on the tenth day and soon after we found him feeding on an oryx calf kill with his mates.
The re-wilding of the 'Leopard Pen Boys' have been very successful so far. They have also been able to avoid resident male cheetahs and other predators such as hyenas and lions in their new home. The next milestone of their new lives in the wild would be to see them finding females and mating, as the complete success of this re-wilding will be achieved when they foster a new generation of cheetahs in the Erindi Private Game Reserve. 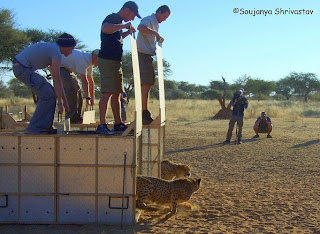 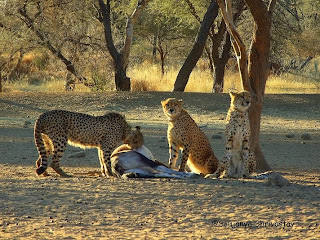 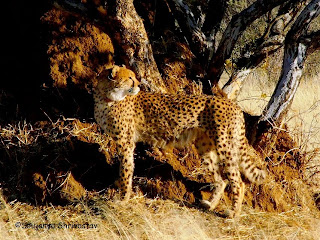 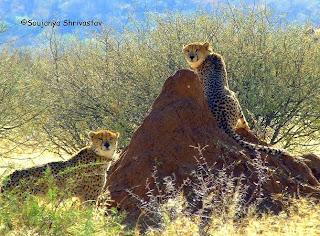 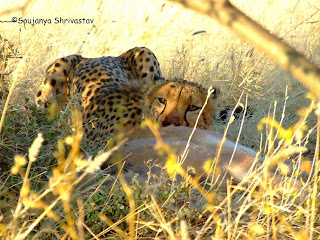 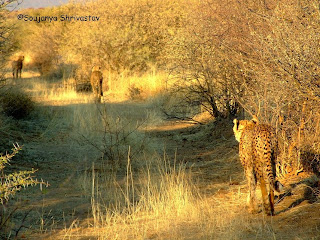 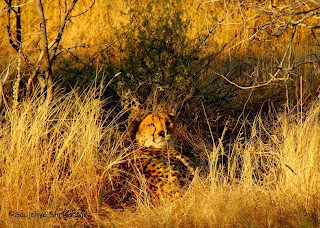 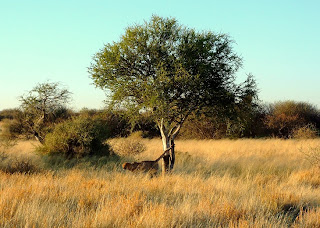 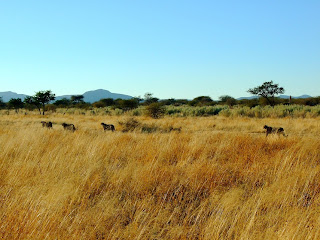 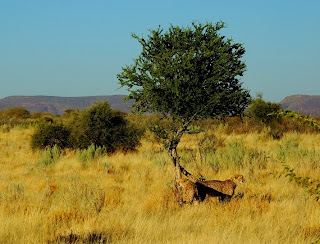 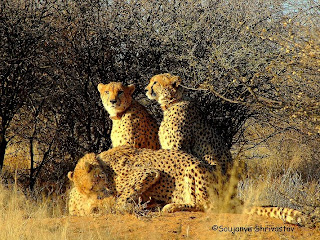 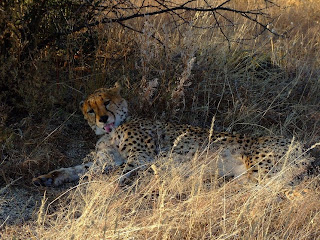